How is 2022 almost over already? I sort of feel like the last three years have been a hundred years and also two weeks? Very strange.

I do just want to kind of get some personal stuff out of the way first, just in case you’ve missed it on my social media: I’m having some health problems (I had a maybe-seizure last week, we’re still not sure), and a pretty significant breakup at the moment, and they’ve both really thrown my scheduling off for content. I’m scrambling to catch up at the moment, and ultimately I don’t believe there will be a content lapse, but if some things are a little late or weirdly timed I’m sorry! I’m doing my best at the moment. 💕 (I’m also gearing up to cover for myself while I have major surgery in February, so this is just all happening at not the best time for me.)

If you haven’t caught up on some current Anime, you’re really going to want to … 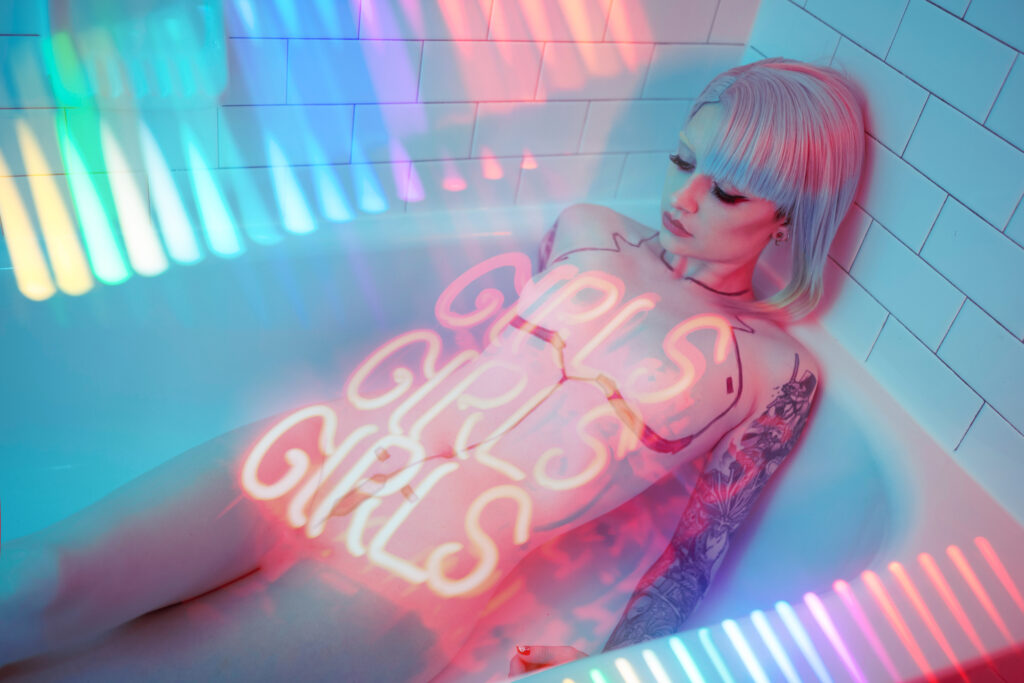 You might recognize Lucy from Cyberpunk Edgerunners — which is studio Trigger’s new anime! (The peeps who brought you Gurran Legann, Kill La Kill and Promare!) You can get it on Netflix, if you’re so inclined. I really enjoyed it — as should be noted by the fact that I hand coloured a wig with copic markers for this. 😂 Yes, it took A While. (But I found it very soothing, so it wasn’t too bad.)

What’s extra fun about these is that Lucy actually spends like half of the anime naked, so this is entirely canon. 😇 Thank you, Netflix, for finally allowing Trigger to do full nudity and violence.

I have two Lucy sets for you this month: Deep Dive, which is this bathtub set. Lucy also spends a lot of time in an ice bath — which Paul and I are still arguing about how/whether to actually do an Ice Bath shoot with her or not. I just hate the cold so very much, y’all. 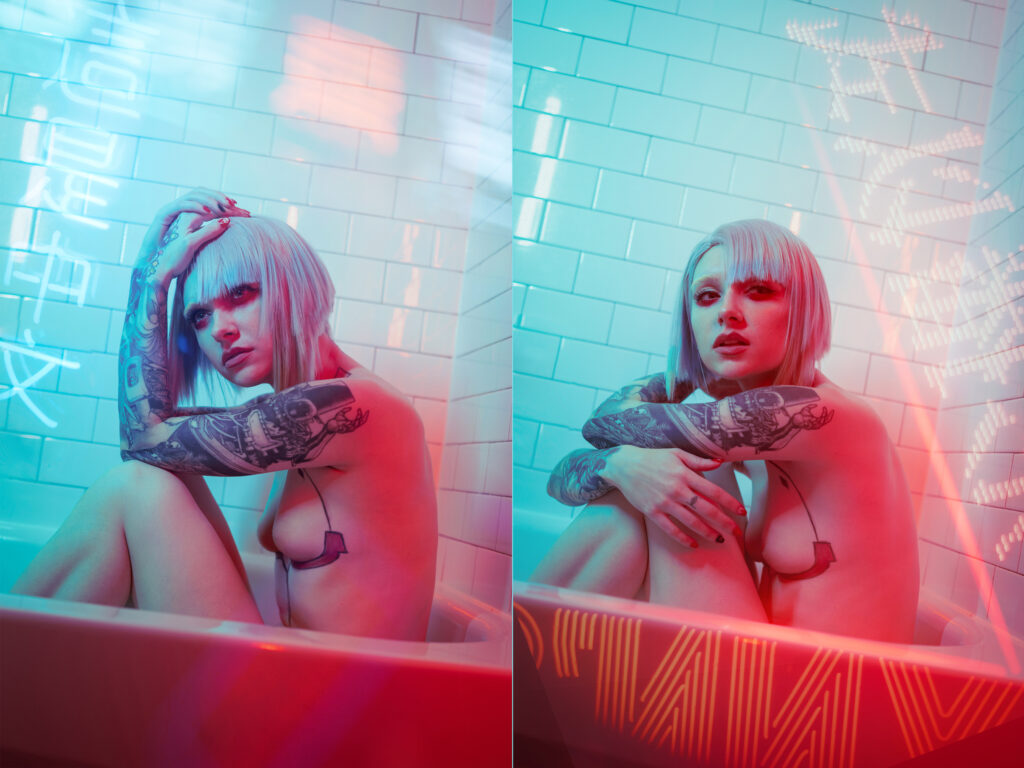 Of course,  these photos are available uncensored for subscribers, as always — and people who aren’t subscribers can [purchase individual photosets] as well, if you happen to be so inclined!

My second Lucy photoset for the month is Pastel Neon, which is actually the first thing I’ve gotten to shoot with my new couch! Er — at least the corner section of it, anyway. 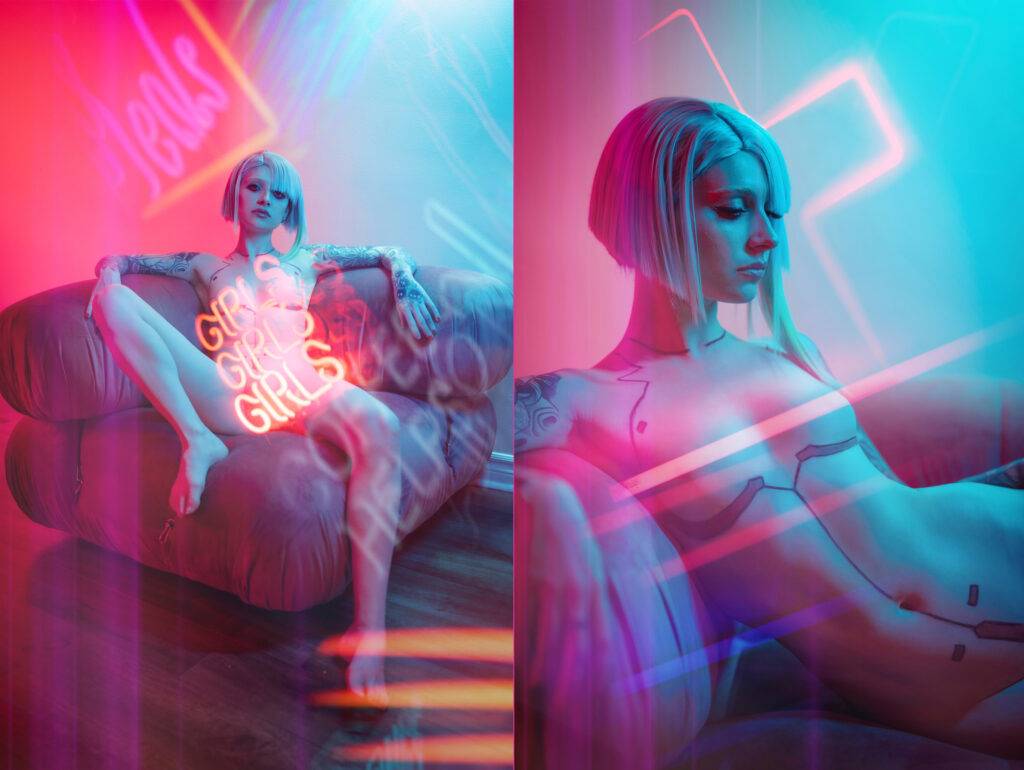 Which I guess I got like nine months ago, but it’s new to y’all because I haven’t shot it yet! 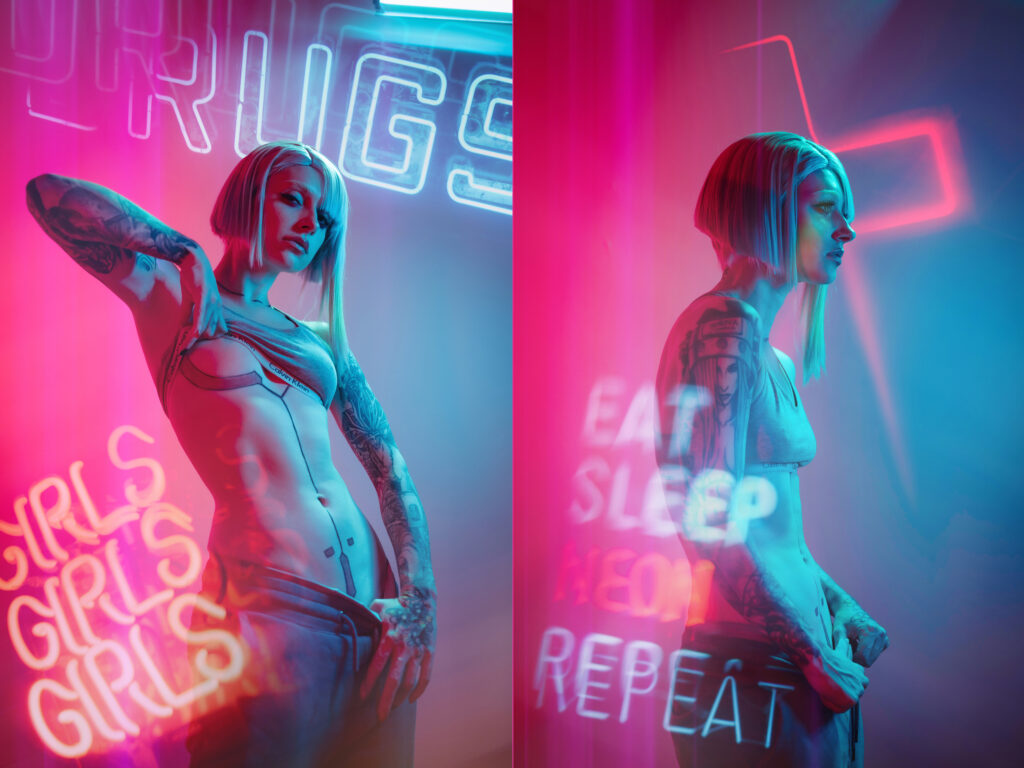 I’m hoping to actually make Lucy’s outfit this month — but we’ll see how far I get on that, I’ve been having some difficulty getting latex colours. Cross your fingers for me! (I was also thinking of maybe buying a Rebecca cosplay, if anyone really desperately wanted to see that … 👀)

But that’s not all this month!

I bought a new suit recently and I desperately wanted to share it with you, so of course I needed to shoot it at the Steel Mill from the other month. 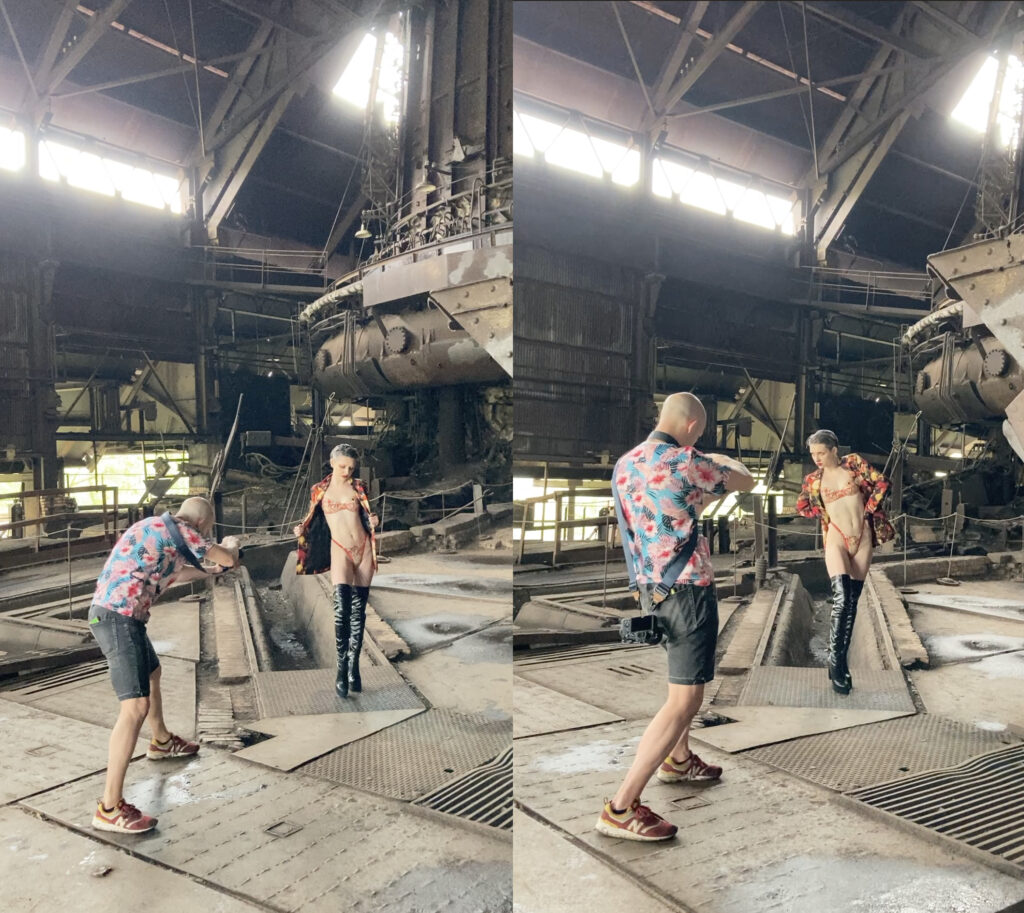 Wow, so seasonal! So very autumnal! I’m going to do another selfie set and perhaps one more look but — as I said, I’m lagging just a bit! So I hope you’re alright with a lot of Lucy photos, and just a little bit of sexy mystery. 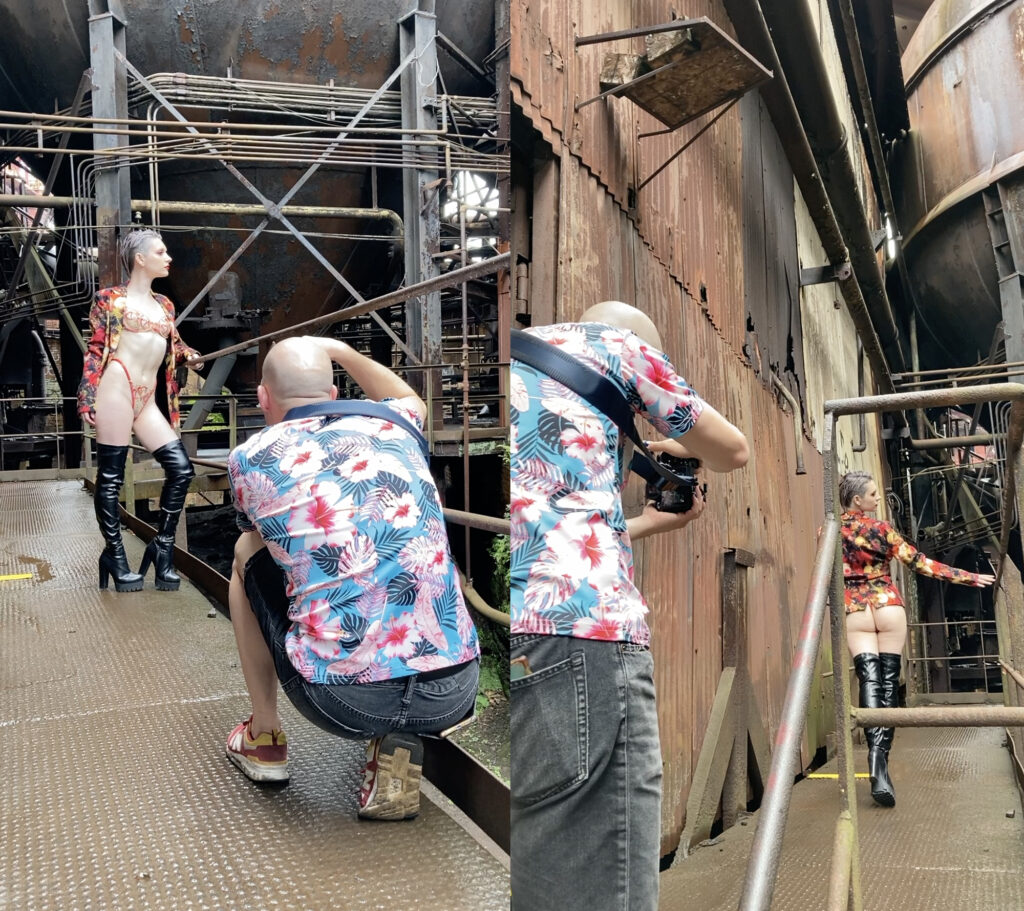 Now if you’ll excuse me, I have some work to be doing, getting these new things ready for y’all! 🥰