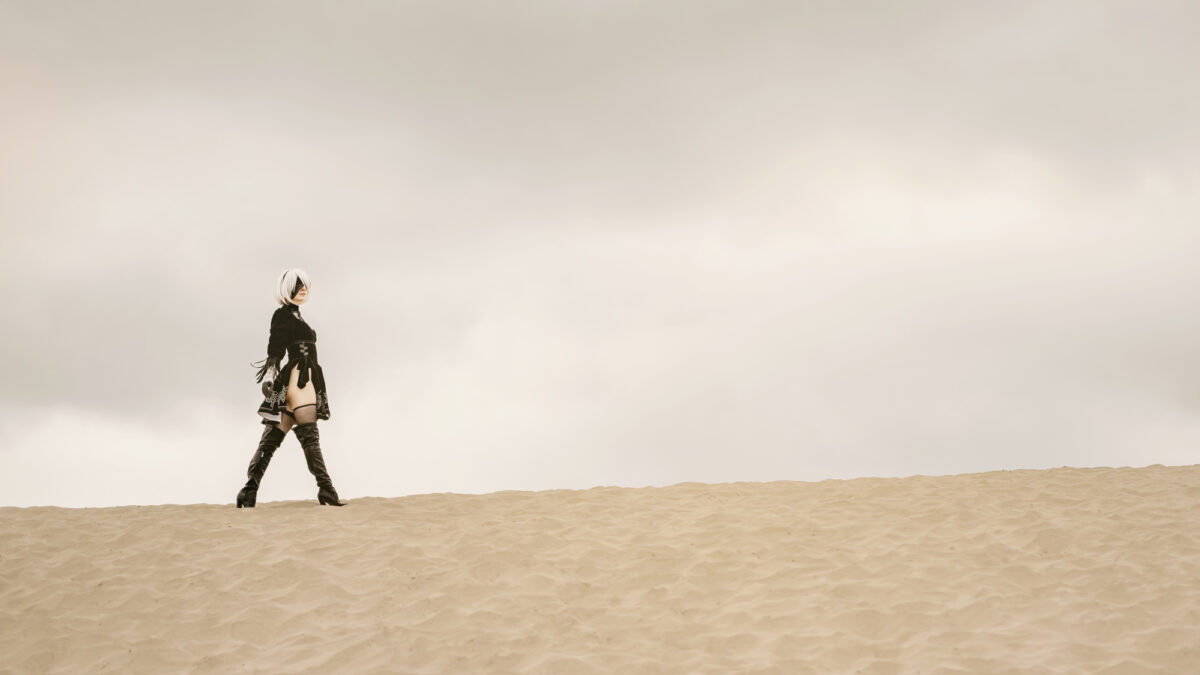 I sometimes joke that this cosplay is more popular than I am. 😂 But I can’t blame everyone for loving her, because she’s one of my favourites too! 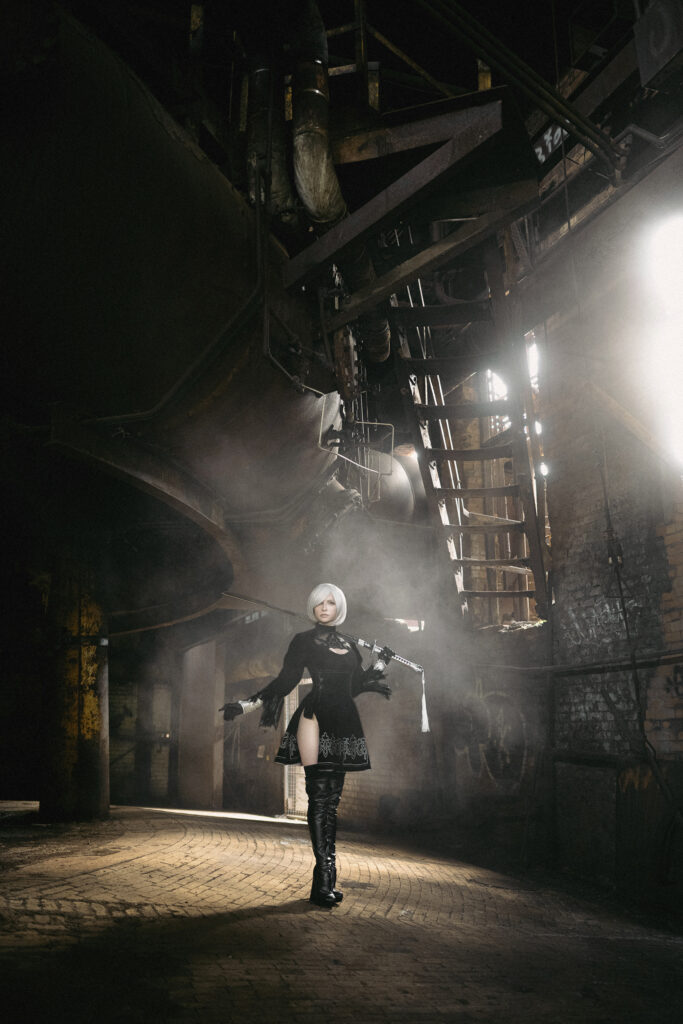 Photo by Paul Hillier at the Carrie Blast Furnaces — they were really lovely to host us! They’re an amazing shoot location, and honestly, the permitting was super cheap for the amount of space and freedom you get in this incredible space.

Yup, she’s back, and this time she has a new sword, as well! A wonderful fan funded me picking up a gorgeous metal version of Virtuous Contract, so that I wouldn’t have to lug around the 25 lb Beastlord every time I wanted 2B to have a weapon. 😂 So a huge thank you, Emron! The sword will be making more appearances later this month, don’t worry.

But in the meantime, it should be noted that I’ve also released the above photo as a print, for those of y’all who are into that! [ CLICK FOR PRINTS ] I’ll be releasing some more stickers and fun things a little later in the month, I just need a little more time to finalize those, but I’ll make sure to post about them when they’re done!

Oh, and since I’m talking about merch, I hope you won’t mind if I mention that there are already a couple NieR stickers in the shop, but I have a bunch more planned! I want to make little sticker sets so you can get a b bunch all together. But in the meantime, we have these two: 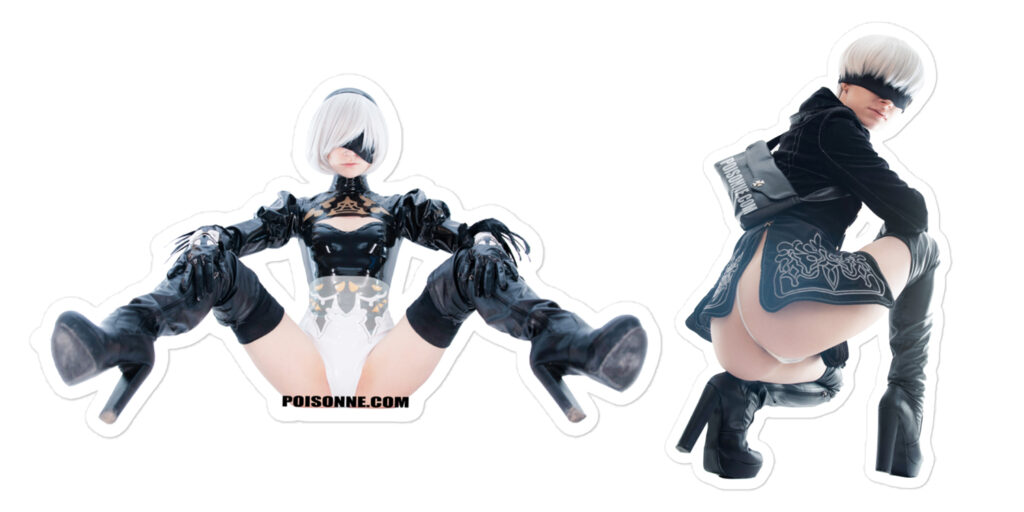 If you happen to desperately need a tiny me to stick on things like water bottles or your laptop! 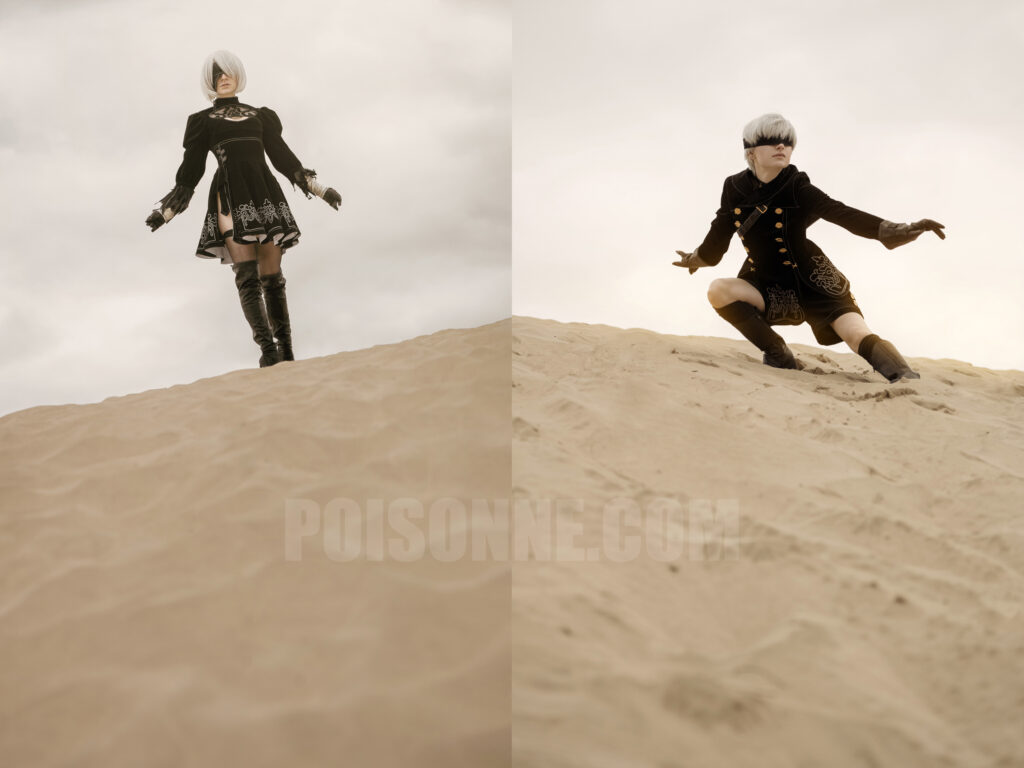 Of course, it’s far from the only things I’ll be releasing this month, y’all know me. I have another shoot scheduled for in a couple weeks for 2B that I’ll be rushing in before the end of the month! I’ll give you a hint: I’ve been dying to redo one very particular photo of her, because I want to hang it on my wall, so I’ll be breaking out the pool and a whole bunch of milk … 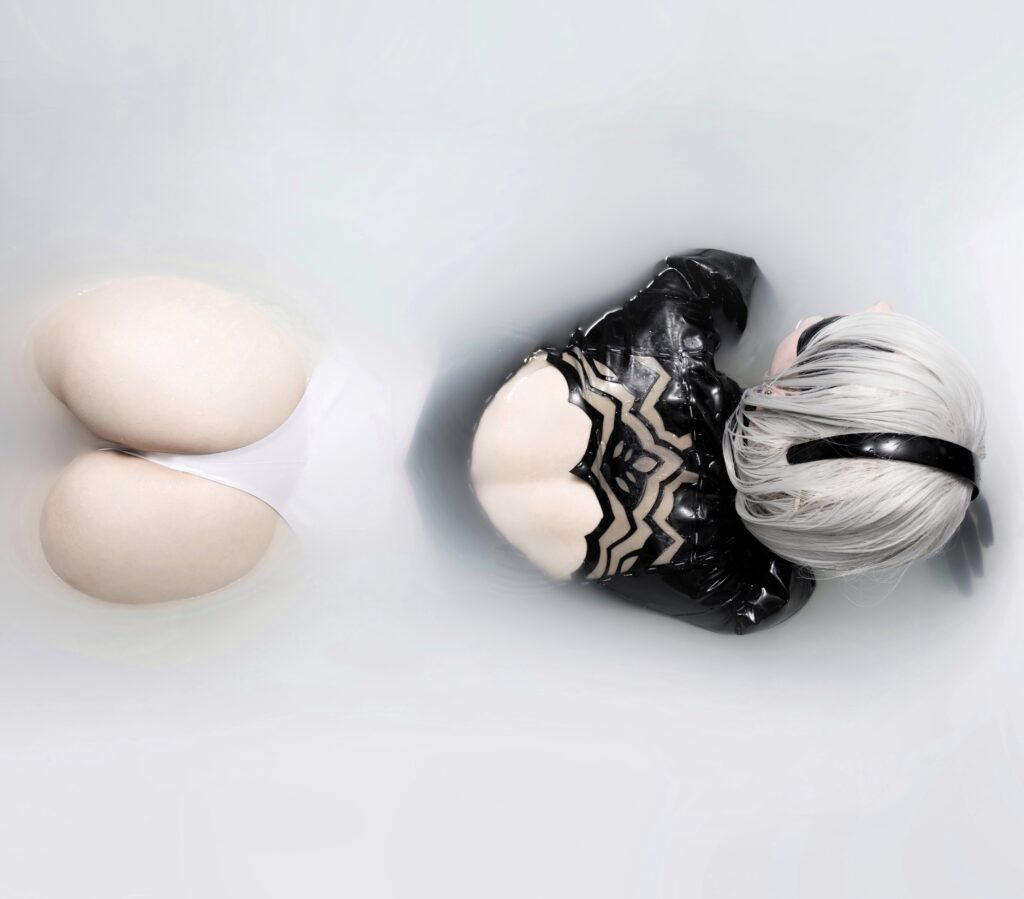 Original photo by Paul Hillier — who will also be redoing this in two weeks!

In the meantime! I have a lot of other 2B for you, so buckle up! 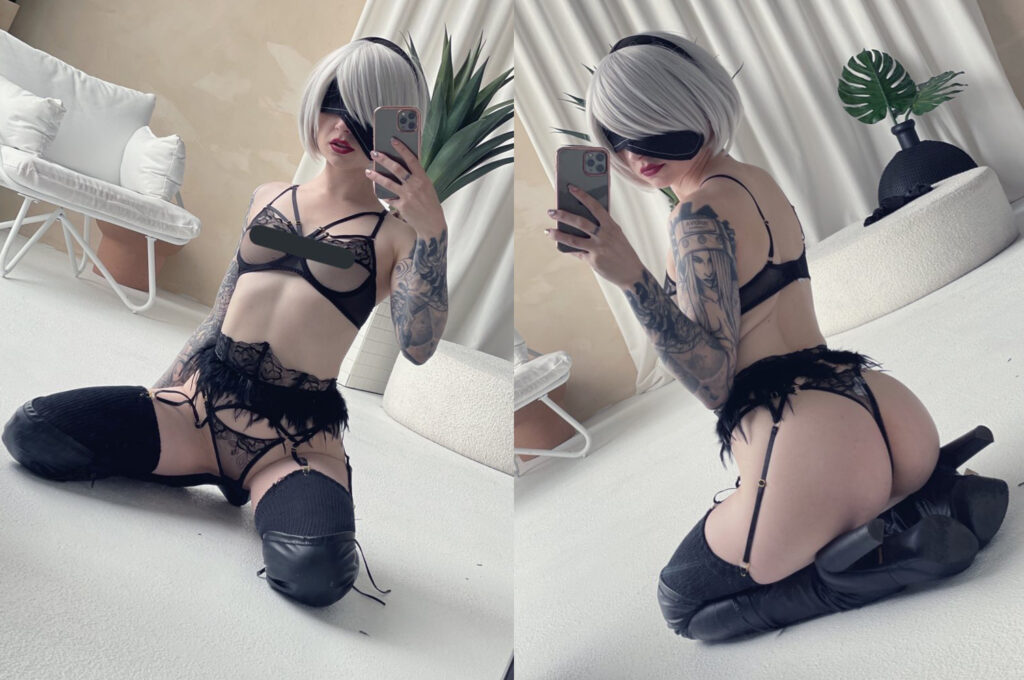 How gorgeous is this lingerie set for 2b? 😍 It was gifted to me by a fan, and I’ve been holding onto it, waiting for the day I bring out 2B again … and, finally, it’s here! Aren’t the feathers just a perfect touch to make the outfit scream 2B? 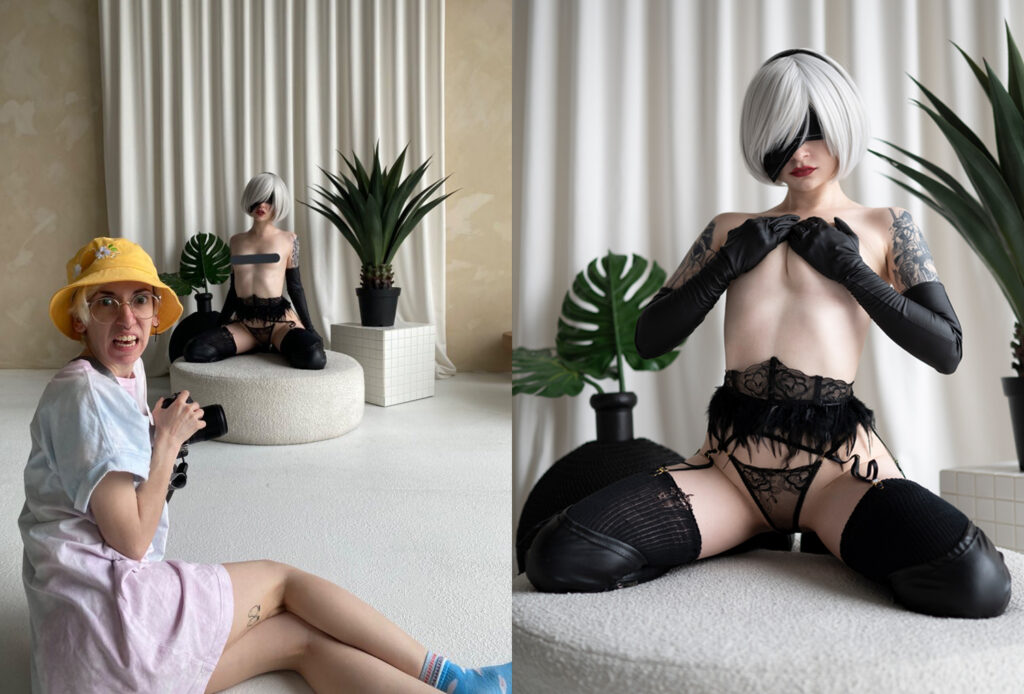 Speaking of screaming … Behind the scenes showing Lxe Photo shooting, to do the photo on the left! 💕

I have two full, stunning photosets of this very sheer lingerie set — one with the new sword and one without! Not because I thought that people would necessarily be upset if there were too many photos one way or the other, but because I just truly feel like I don’t remember how to leave my house anymore, and I forgot it when I went to the first shoot. 😂 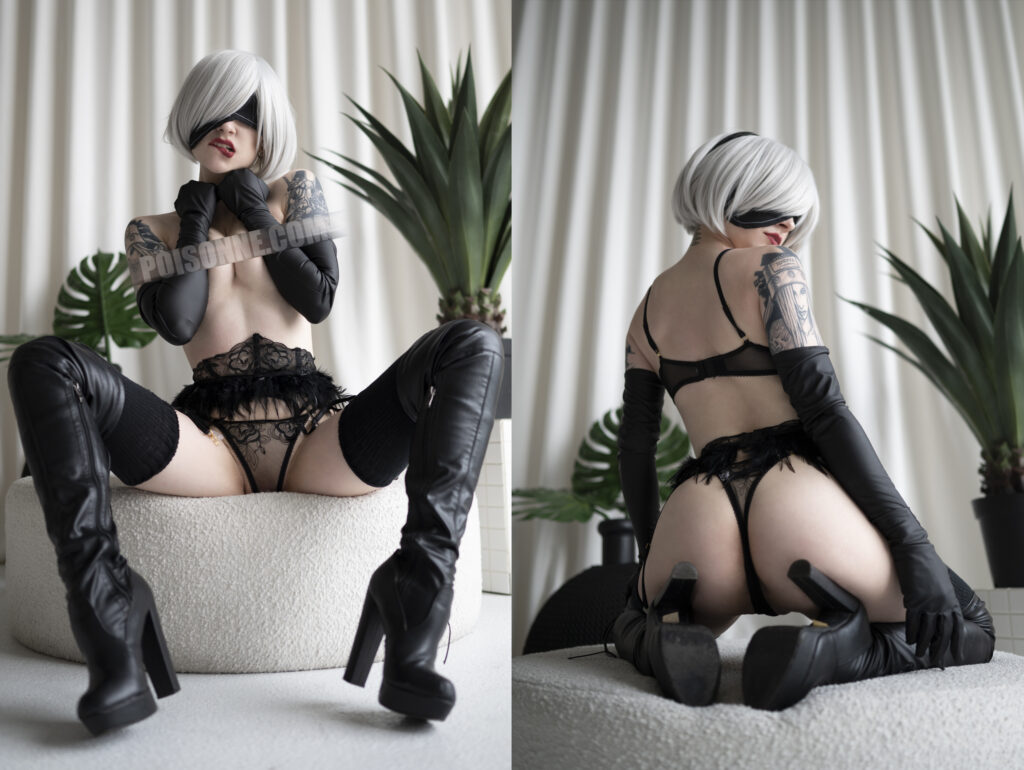 I’m showing so many previews from this photoset because it’s a huge one, it’s going to have more than eighty (80) photos in it, because they’re so gorgeous and they needed basically zero editing. The lighting was PERFECT.

So the other set, for when I actually remembered to have the sword, I wanted to be very moody! So Lxe Photo came over and we waited until after dark to shoot this set in my apartment: 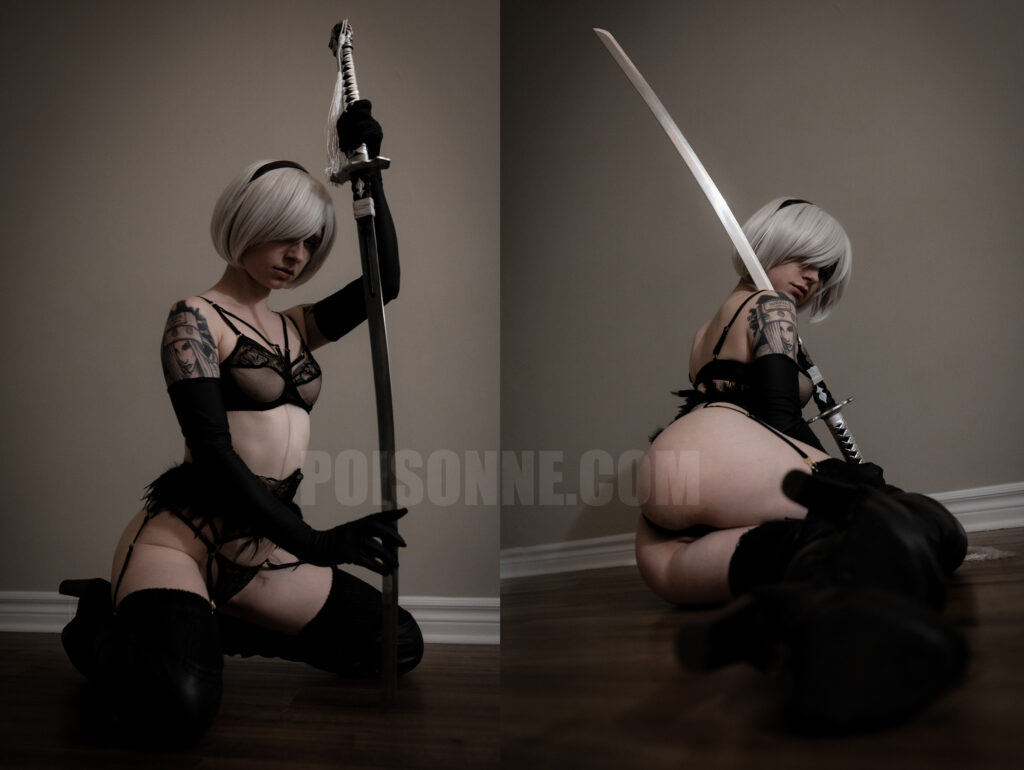 “I don’t know why I must be in this complicated human outfit, but I am still ready for battle” – 2b, probably.

Phew! Well — just in case you’ve had enough of 2b (which, at this point, is a phenomenon that I’m reasonably certain cannot happen), I did shoot something else that’s a little more seasonal — August is when Peaches come up for harvest in Ontario, and it’s been so hot that shooting in a wig has been really hard! 😂 So I also have been having some difficulty shooting in a wig, which led to this photoset, which is much more au naturel: 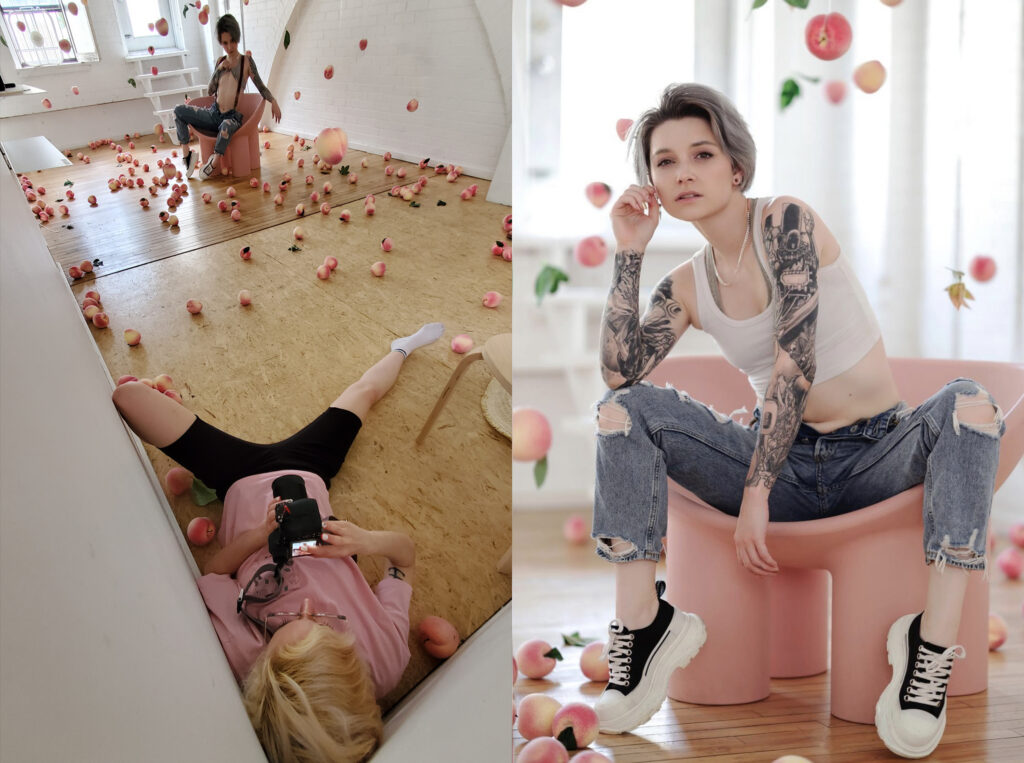 Behind the scenes photo by Paul Hillier; photographer is Lxe photo.

Whew! That’s a lot this month! I might also try and throw together a writeup on how we did the 2B and Cloud photos, and sort of all of the things that go into doing a Large Scale Location shoot, but I’m also doing some travelling! So! We shall see what all gets done, haha.

xo! I appreciate all of you so much. Stay safe out there!