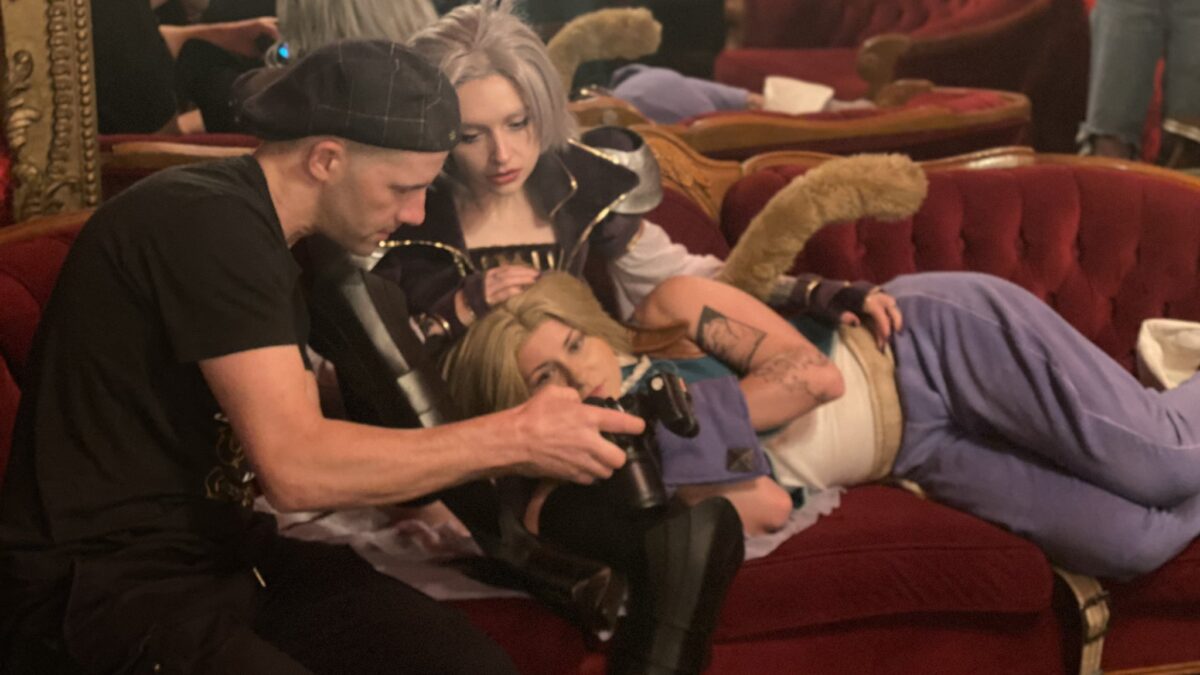 New year, new me — literally in this place since I am, in fact, still a cosplayer and I tend to release a new character every month. But I’m also making a lot of changes to my life with the new year. I’m moving myself and the business into a new place, I’m decorating my own space for the first time, I’m single, I love what I do … now if we could get this Pandemic a little more under control before I have to move, that would be amazing, thank you.

(And if everyone could be very nice to me that all of the furniture I planned to have won’t be here for several months due to supply chain issues and I might therefore be living in a box and blanket fort for a while, that would be amazing, thank you. 😂)

I’m very excited about what I have to show you, though, so with no further ado — 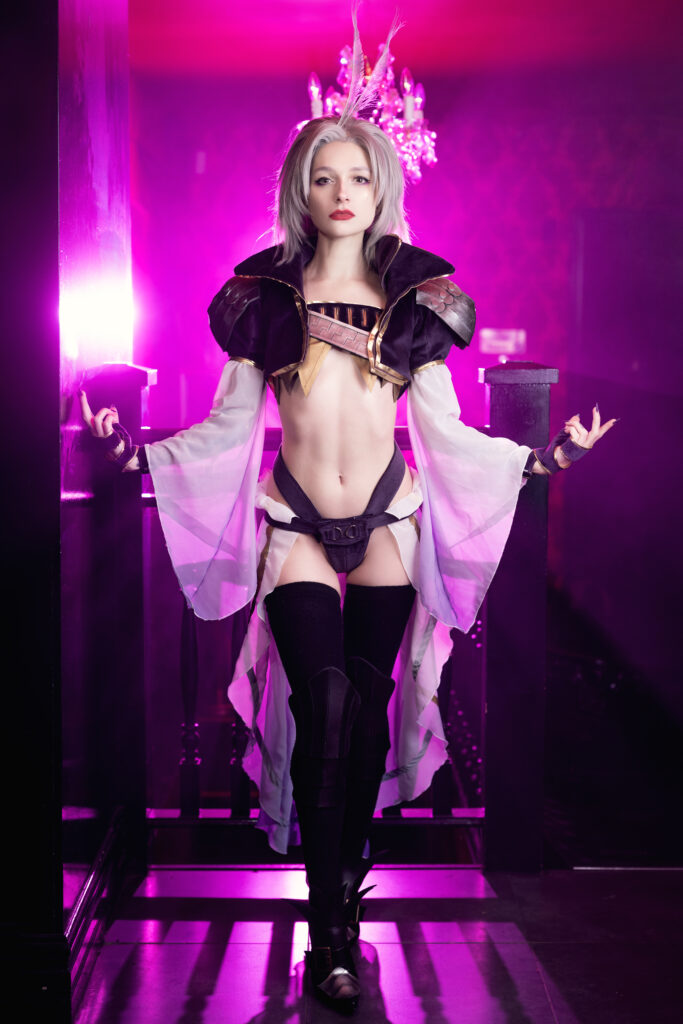 And if you don’t, have you just not played it yet? 😅 Not to evangelize, but come on, it’s aged really well, it’s like my favourite Final Fantasy, please please please go play it.

If you were to play it, you’d get to meet Kuja, who’s your main antagonist for the majority of the game, and who’s been a cosplay goal for me for a long time! And luckily, one of my supporters was as big a fan as I was, and funded me making Kuja — and then was unbelievably patient, as he took me most of 2020 to actually do! So everyone say thank you to him!

Honestly, can you think of a cosplay that’s more ME? Beautiful gender ambiguous villain who’s not wearing pants? Who has an outfit that you can make into having an easily removable SKIRT? Ugh. Perfect.

This project was a huge labour of love; I was assisted by my friend MJ, who took over all of the fabric construction and drafting, while I did the armour and wig. She was a huge life saver, because I was beating myself up over the sleeves too much to be allowed to continue with my own drafting. 😂 Reference for Kuja, for any of y’all who needed that!

I especially loved this design because it made it possible to do fun things like not wear the skirt. Or only wear the skirt. Y’know, lots of things I’m not allowed to post on any social media platforms! 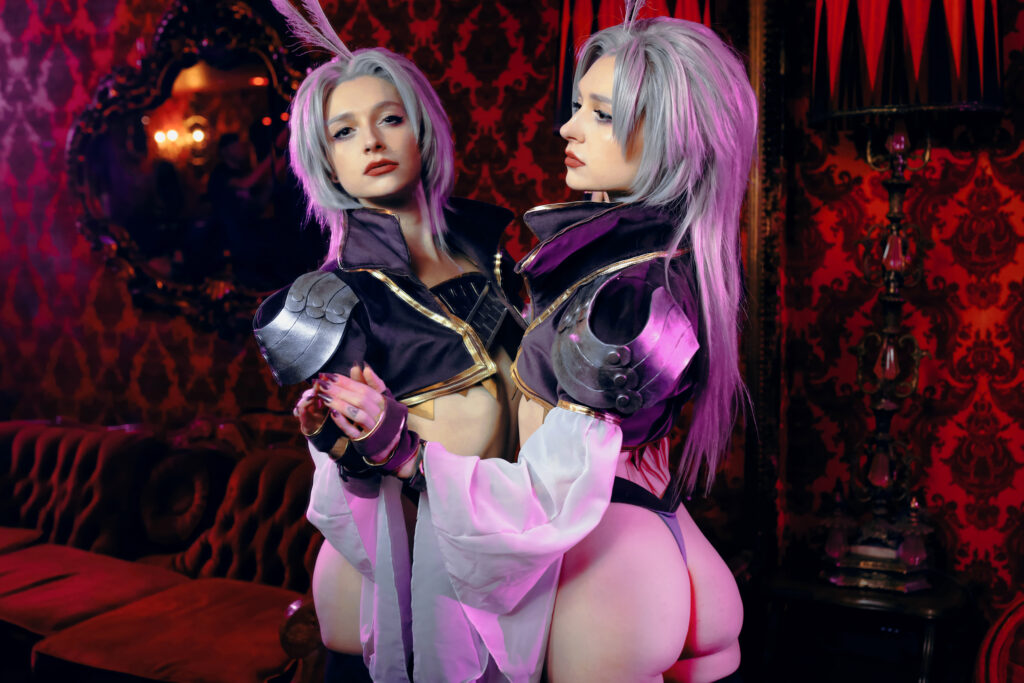 I might have to make an excuse for this photo though, it’s very good, is the thing. 😂 This is why my reach is so garbage, I cannot stop posting ass.

But of course, I didn’t only take the above photos for Kuja; I also took him somewhere more private than the bar we rented out to shoot these, because I needed to get a little more comfortable … 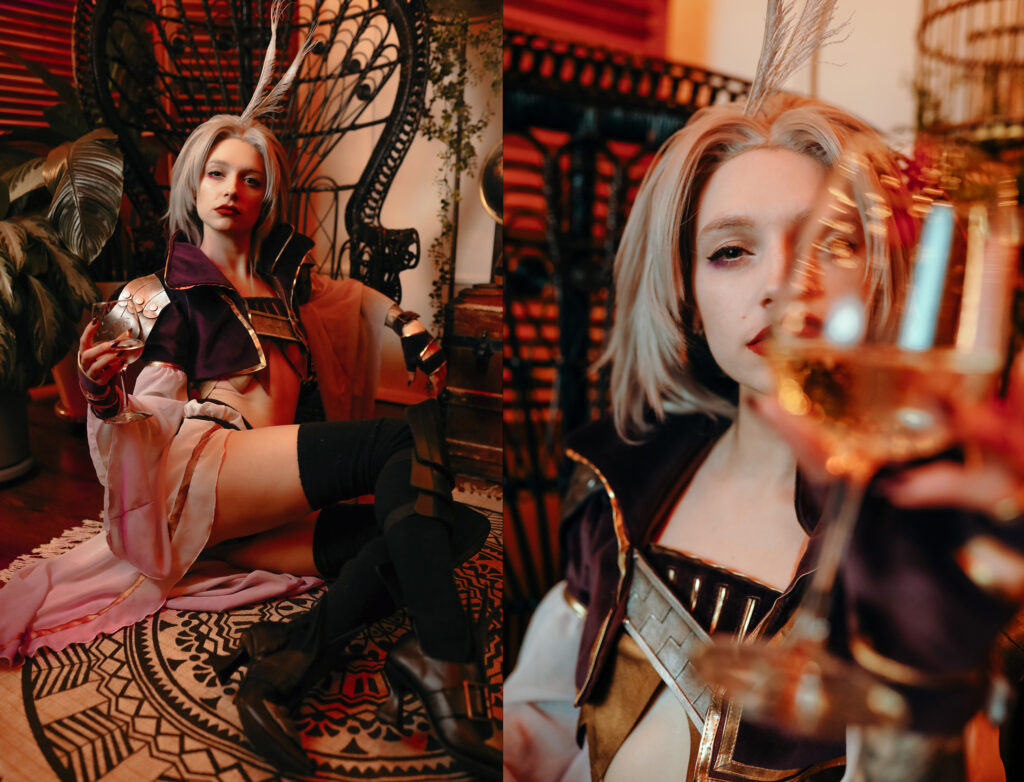 So that I could take some photos like those ones (because I wasn’t about to roll around on the floor of that bar we’d rented to shoot at if I could help it, in my nice new cosplay 😂) — and some with, ahem. Less outfit.

Gold Tier supporters will get topless content, and costume-less content starts at Platinum, if you know what I mean!

I also have a special treat for anyone who loves rope — this shoot here is actually what inspired me to do the Christmas Rope stuff that I did last month! Another cosplay that I did reminded me that I have a bunch of purple rope, and it’s pretty close to the same colour as Kuja’s velvet … 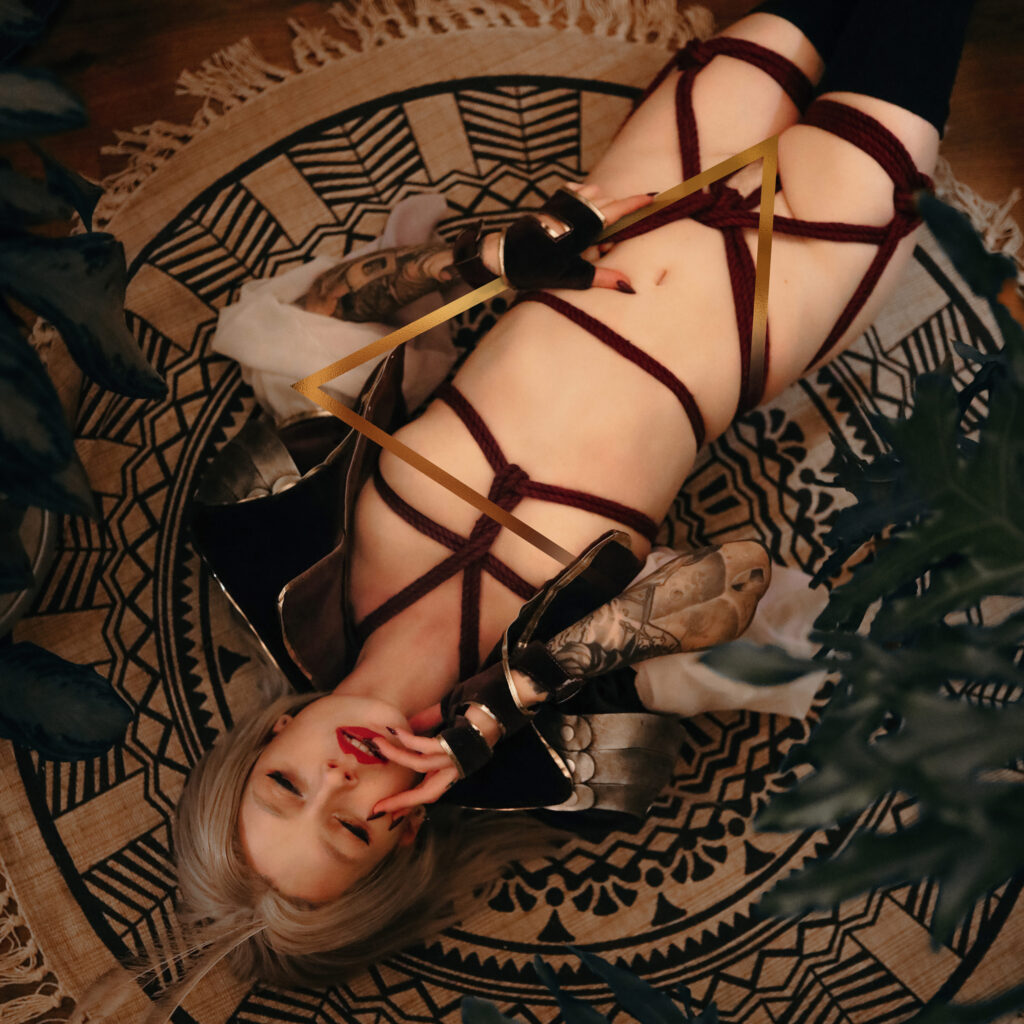 I also need you to welcome a special guest, though — 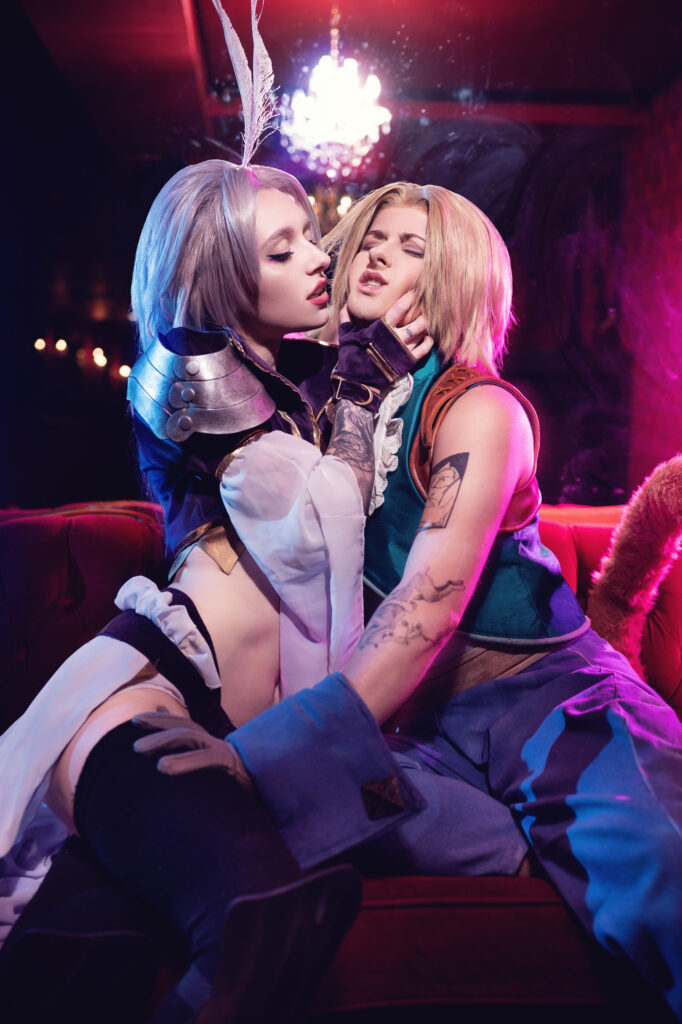 Riley is not only ChezPhoto, but they also cosplay, and one of the things we were the most excited for was to finally cosplay Final Fantasy IX, one of the greatest Final Fantasies of all time, together. Riley cosplays an incredible Zidane, so I’m just really excited to have gotten to do Kuja together with them, in both of the locations where I shot Kuja! 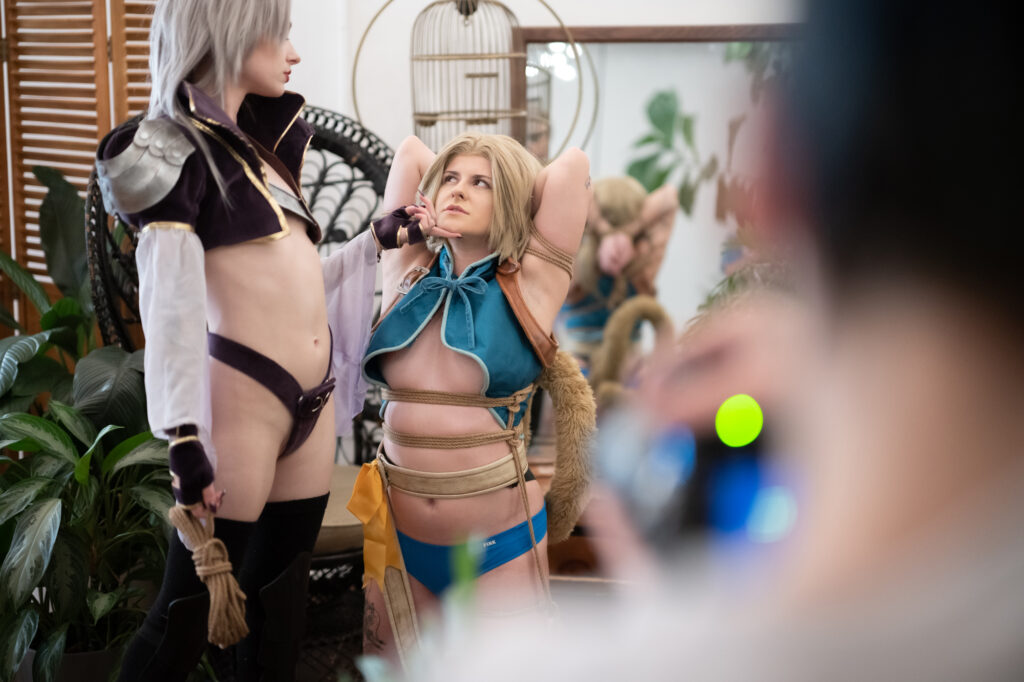 Behind the Scenes Photo by Paul Hillier; he did the Rope, too!

But wait, like a late night infomercial — that is, in fact, not all!

I don’t know why this feels sort of New Years-y to me … maybe I just feel like nudity is a clean slate? Or maybe that’s just an excuse, but you’re getting this gorgeous photoset anyway! 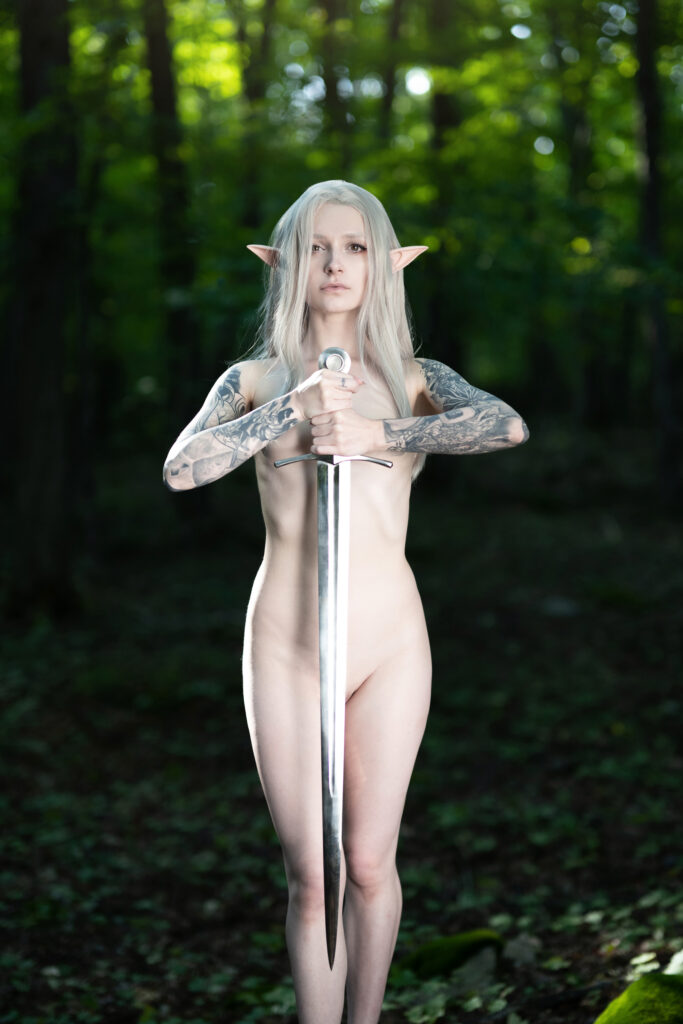 As you can see from the above photo, the majority of these will be on Platinum tier (since the only thing I brought into the woods with me was a sword), but I’ll make sure there are some for Gold and Silver as well! 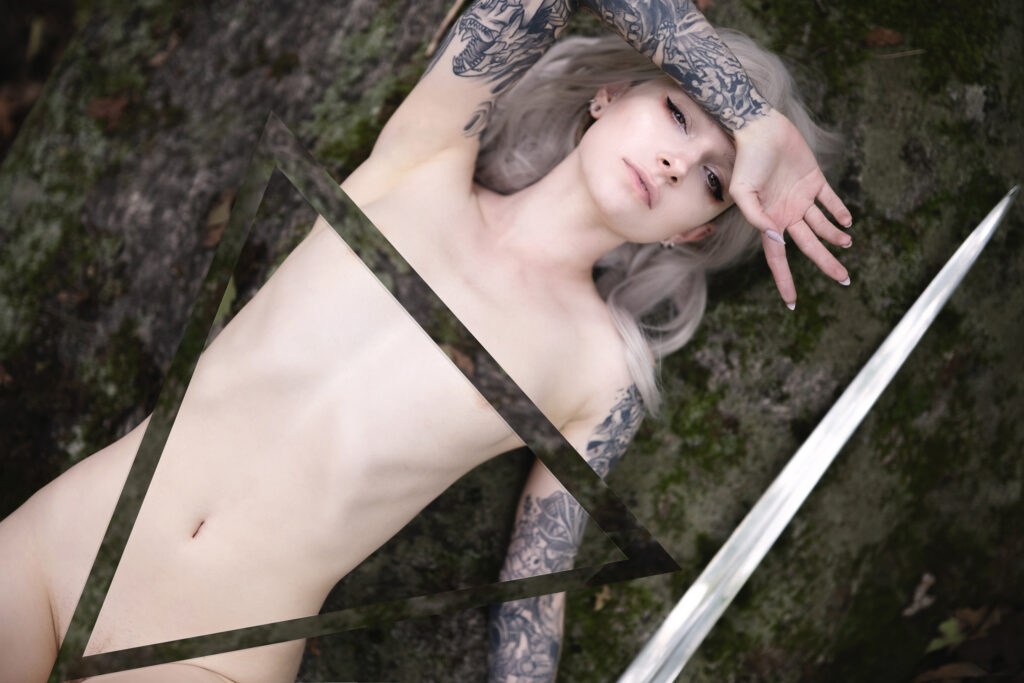 Photo by Paul Hillier — obviously, it won’t be censored for subs 😘

But again — let me show you a little more, if you are not yet swayed!

Late in the summer last year, before we had another pandemic wave and cases were relatively under control here, I was in British Columbia! You might have seen a couple Breath of the Wild teasers, which was one thing that I shot out there, but another thing that I shot in one of the places I booked to stay is this steamy sling bikini spa set … 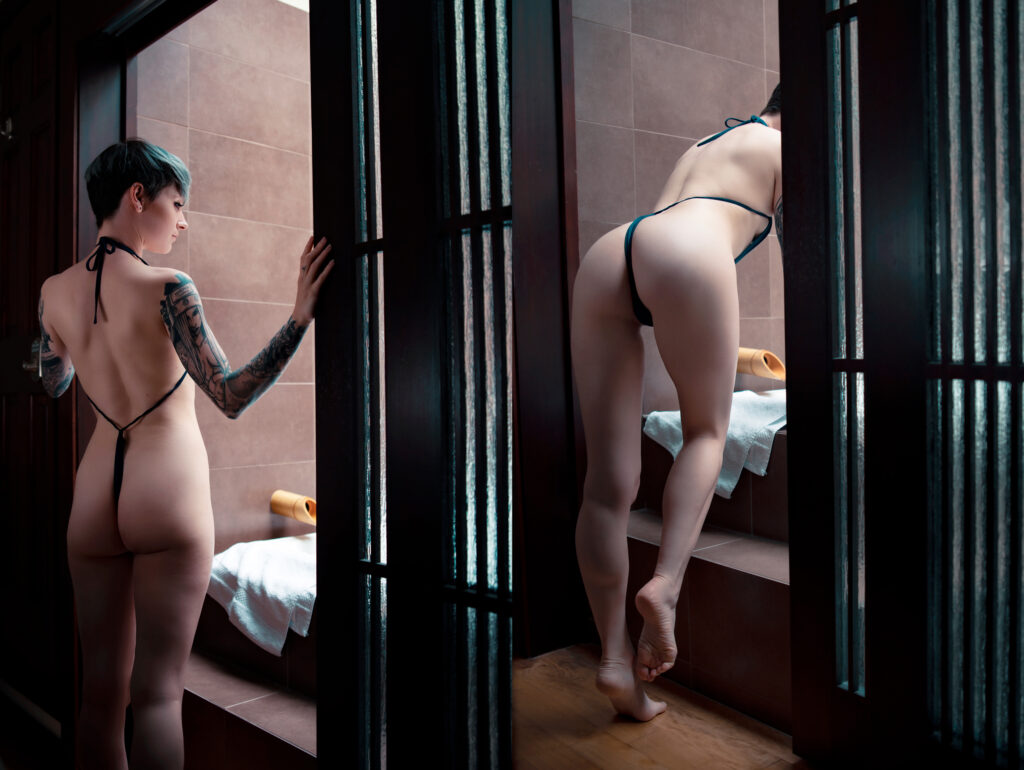 Who’s trophy wife/house husband do I have to become to have this bath setup? Honestly, this whole loft that I rented — I’d give up a lot of freedoms for that kind of housing, I’m just saying. 😂 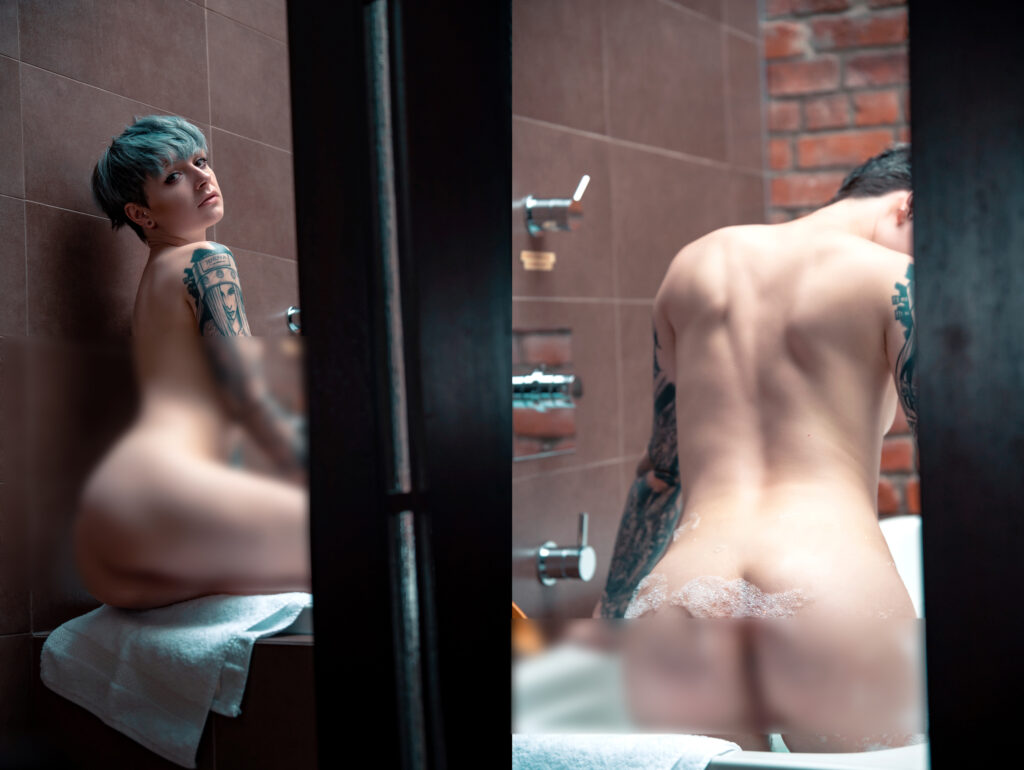 Photos by ConMom Photography — Photos are not blurred when released to subscribers.

That said, I’m not 100% sure what my snap chatting/video stuff is going to be like for Diamond Subs this month, so please stick with me if it’s just a lot of me moving things and showing my boobs, this move is proving to be a bit of a nightmare. I’m going to try and get in a snap show or two, but no promises on where or when juuuuuust yet.

If you’re looking for last month’s photosets and you’re not a subscriber, they’re now [Live in the Webstore], and they’ll be on sale for $5 off for the next calendar week! (Until the 9th!) 💕