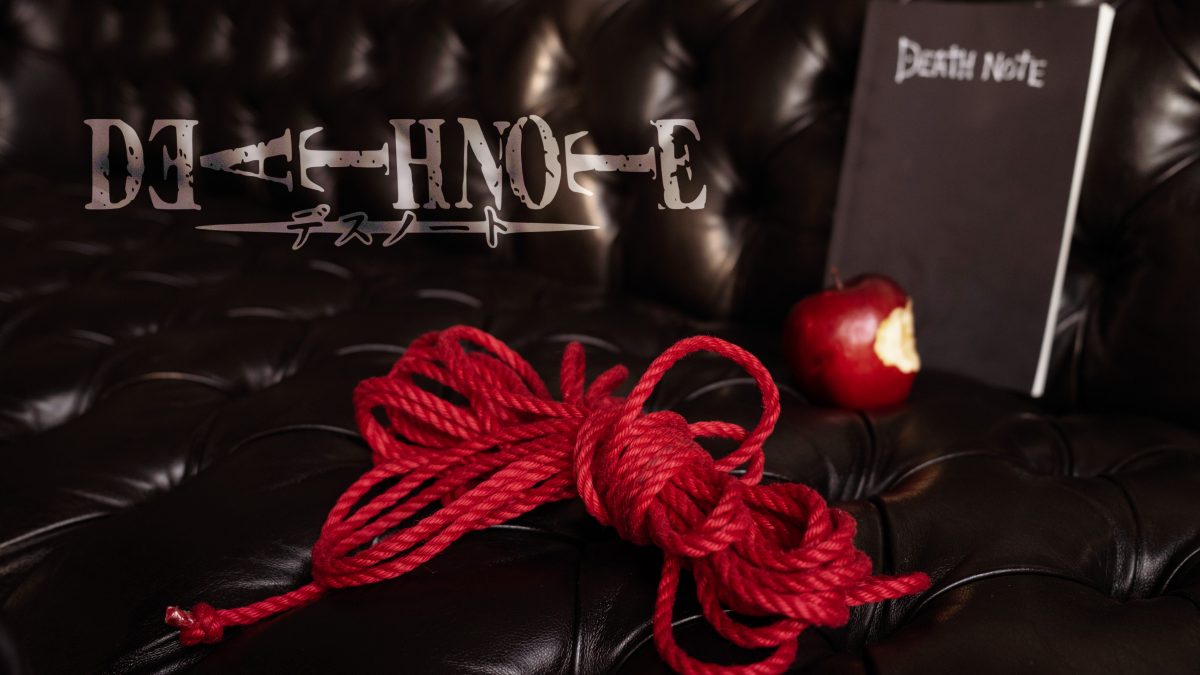 I feel like October’s snuck up on me a little — does anyone else feel that way with 2021? I feel like I’m constantly a month or two behind on when I think it is. Case in point, if you read my last post, where I didn’t realize that the end of September would be near-freezing in the mountains at night. 😂

I did prepare something nicely spooky for you, though! 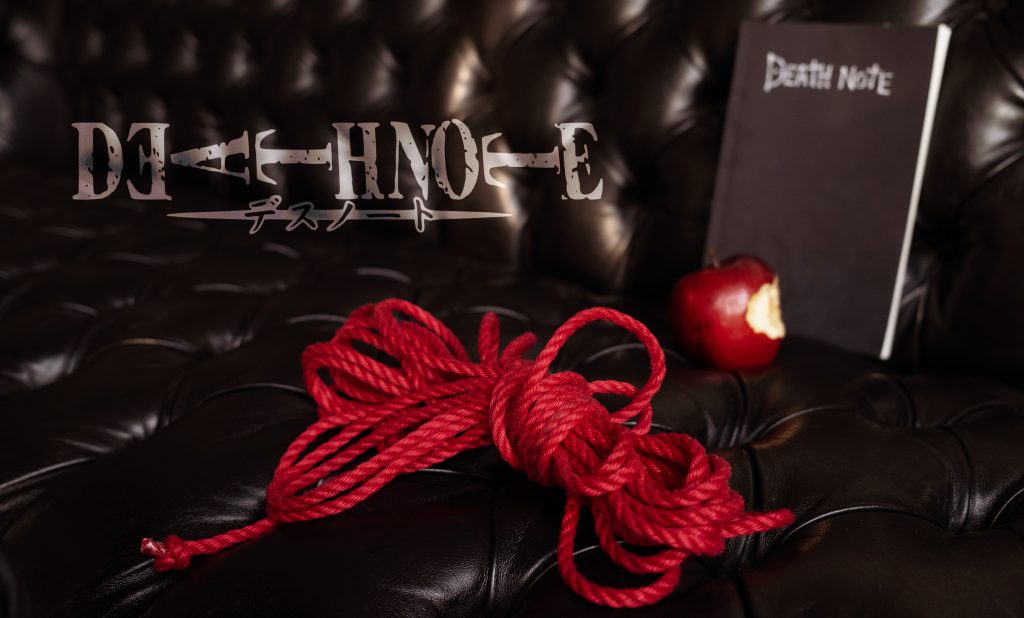 If you’ve never seen Death Note — it’s a classic, and in my opinion, it’s REALLY good! For anyone who hasn’t, my elevator pitch is that the Death Note is a book that belongs to Death Gods to reap souls, and this is what happens when humans get a hold of them instead. It rocks.

So let’s meet this month’s characters, shall we? 😈

Light Yagami, AKA Kira, owner of a Death Note, and the sort of self-righteous asshole who believes that he’s the rightful arbiter of people’s fates. 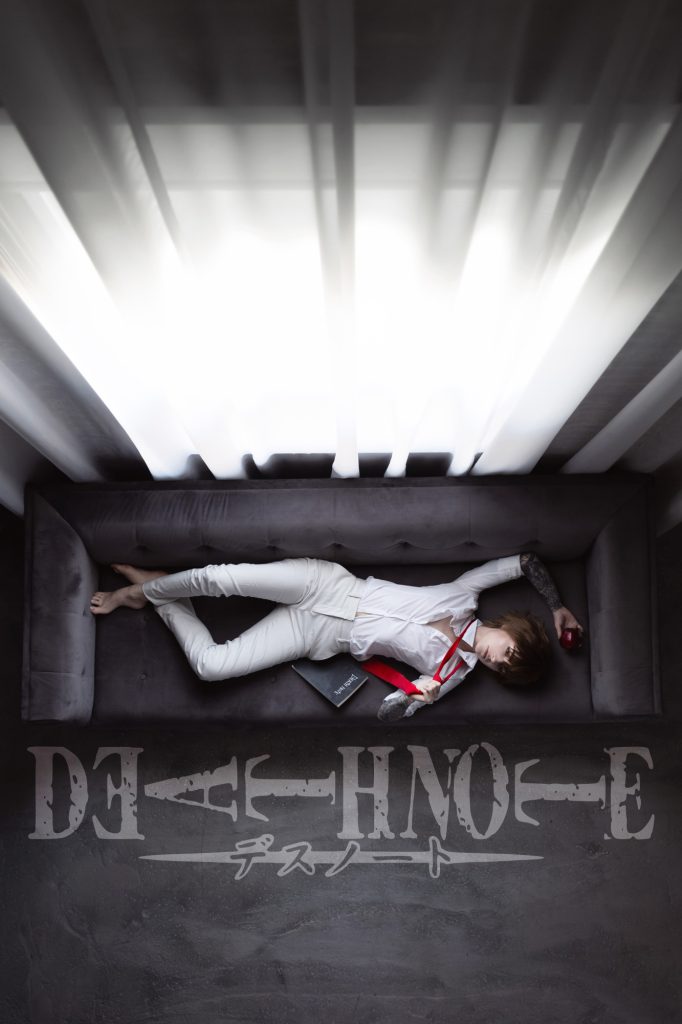 Also, a reminder that I just adore wearing and pulling on ties.

But to balance it out — might I also introduce you someone who should need no introduction: Miss Misa Misa, international icon, idol, model, actress … and owner of a second Death Note, and unabashed Kira fangirl. 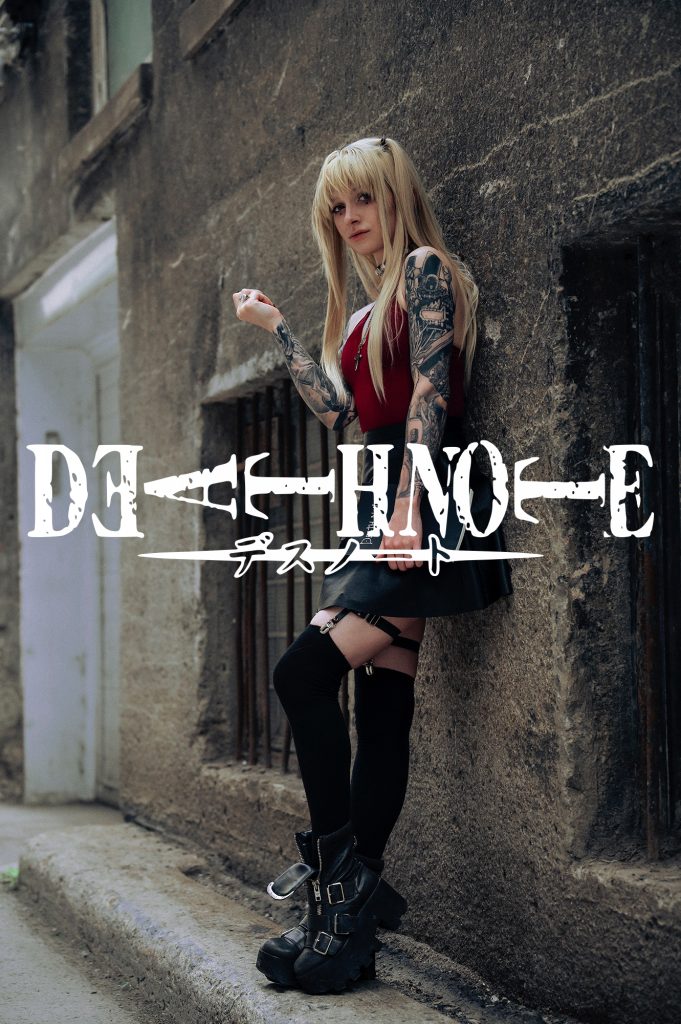 This month’s going to be themed around them, in all their gothy, spooky, sexy glory. And when I say sexy, I mean — well. Take a look for yourself. (But only if you’re Light, this outfit is special and only for him.) 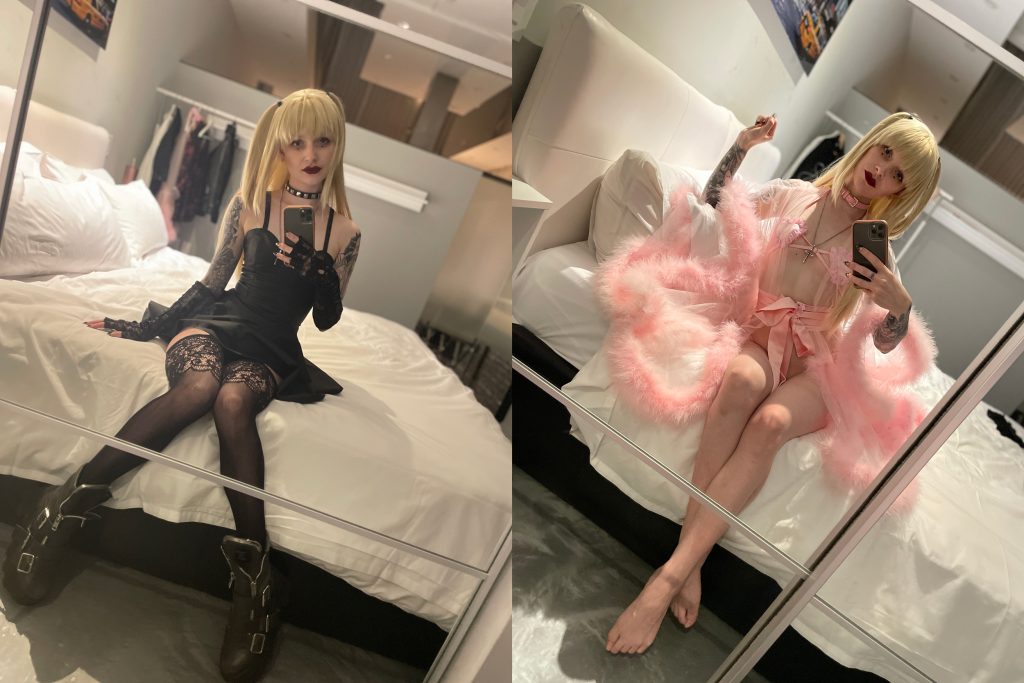 I have plenty of selfies for those of you who love those candids, and I’ll be showing off both of these outfits on Snapchat this month (and maybe some of Light, too, let me know if y’all would like to see me strip off a tie! 😈 It’s been a while since I’ve done that!)

But I also have some gorgeous photo sets for you — both the ones I showed you earlier, and two narrative sets! Narratives are my favourite types of photosets to do, and I haven’t gotten to do them much since the panini started, so I hope you’ll all indulge me in these ones!

(And, of course, I shot a regular strip-down set for Miss Misa as well, don’t you worry. 🥰)

First up, Misa coming home, and getting ready to get Light when he gets in … 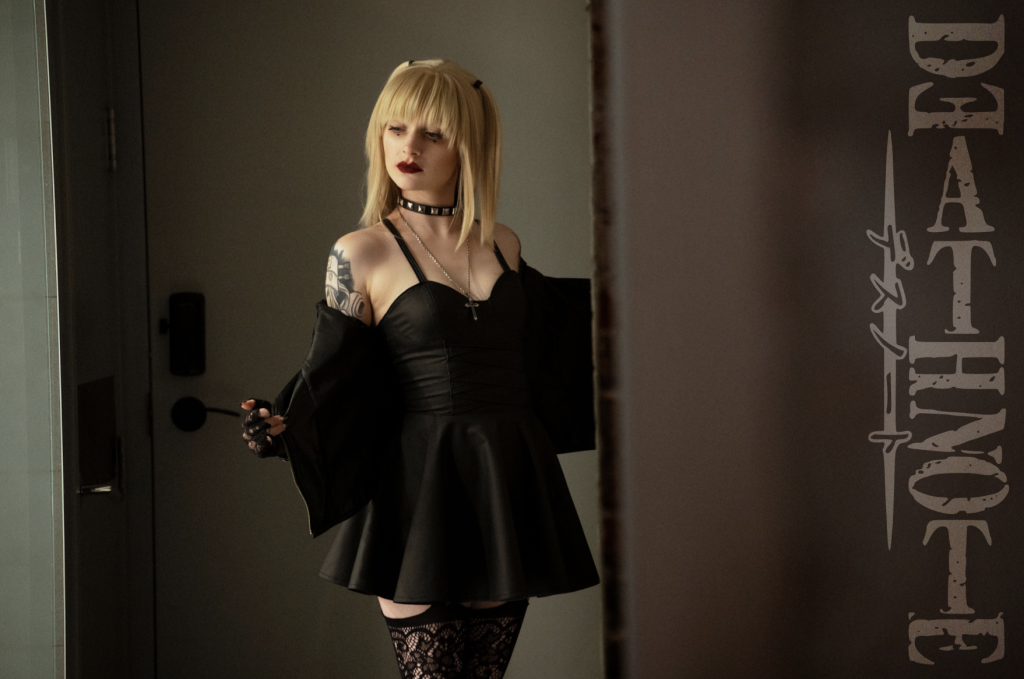 … and then him reciprocating with a little something special. 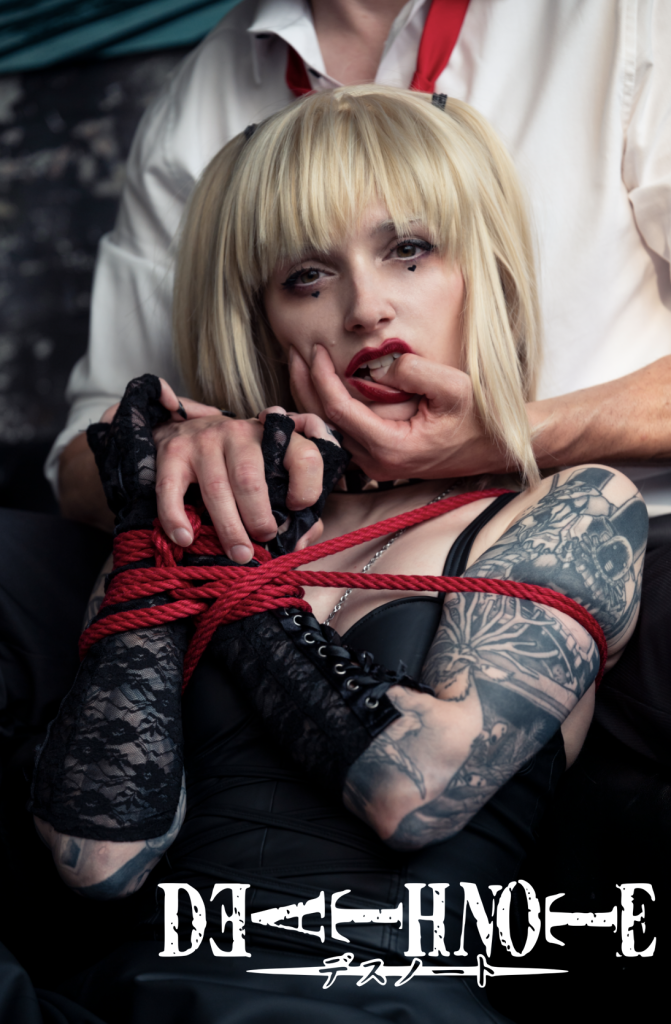 Photo by ConMom Photography & Light in these photos is Paul Hillier!

(Hold on while I just stare at that for a moment, I’ve been in various states of lockdown for a million years. 🥵) 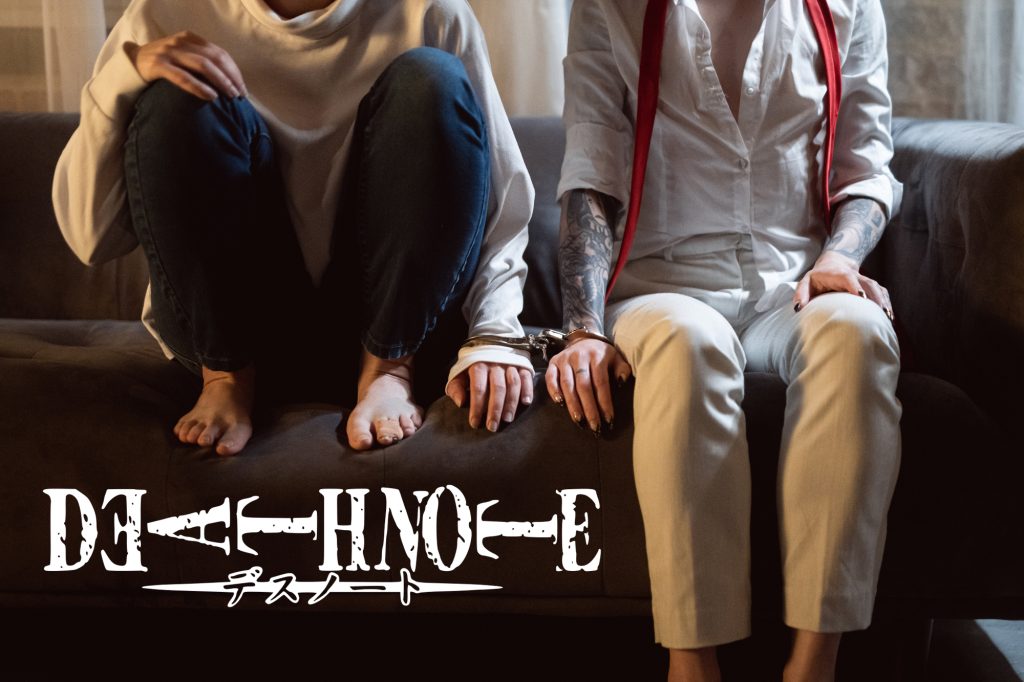 Ah yes, the inherent eroticism of being handcuffed together. Constantly. All the time. 😈

(For those of you who might be new here, sometimes when I cosplay male characters I wear my packer, and sometimes I have other people wear the dong — mostly it’s someone else wearing it this time, but I did include some of me wearing the packer since people always ask me to do that more. I think it’s so fun! 🥰 I dunno how y’all with those bits don’t just constantly play with them, LOL.) 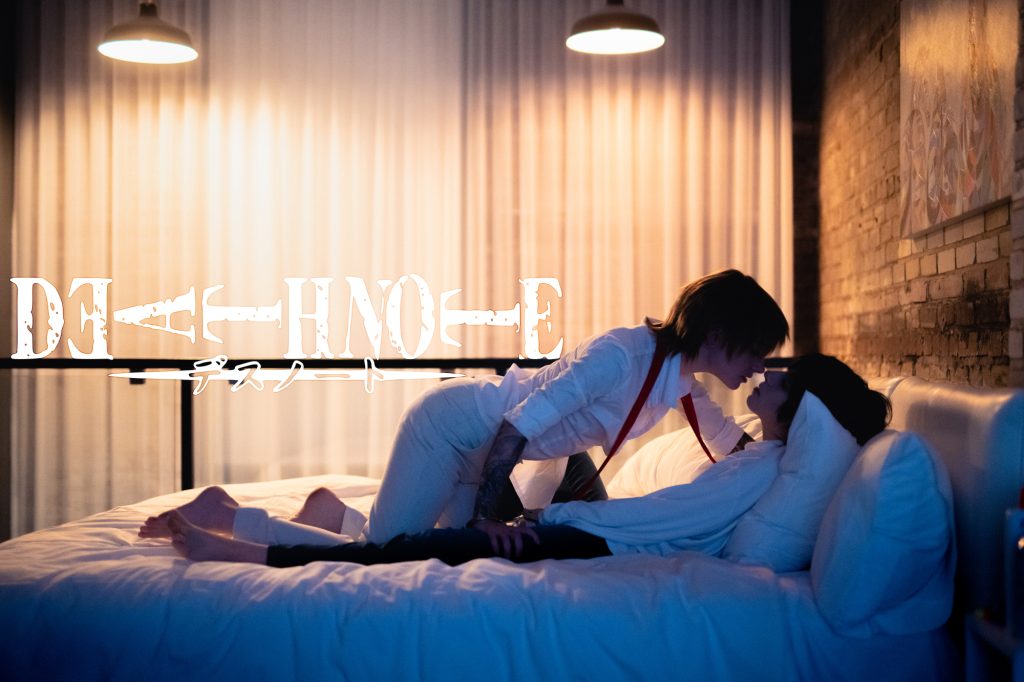 (Putting the Death Note branding on everything to make it look official made me laugh a lot today while I was making this, but subscribers won’t get any of that on theirs. 😂 Promise! I just got very carried away.)

And for anyone who DOESN’T like Death Note — I’ll be uploading some lingerie, too. Long-time subscribers might recognize this Witch look, but I hope you’ll enjoy it again if you do! 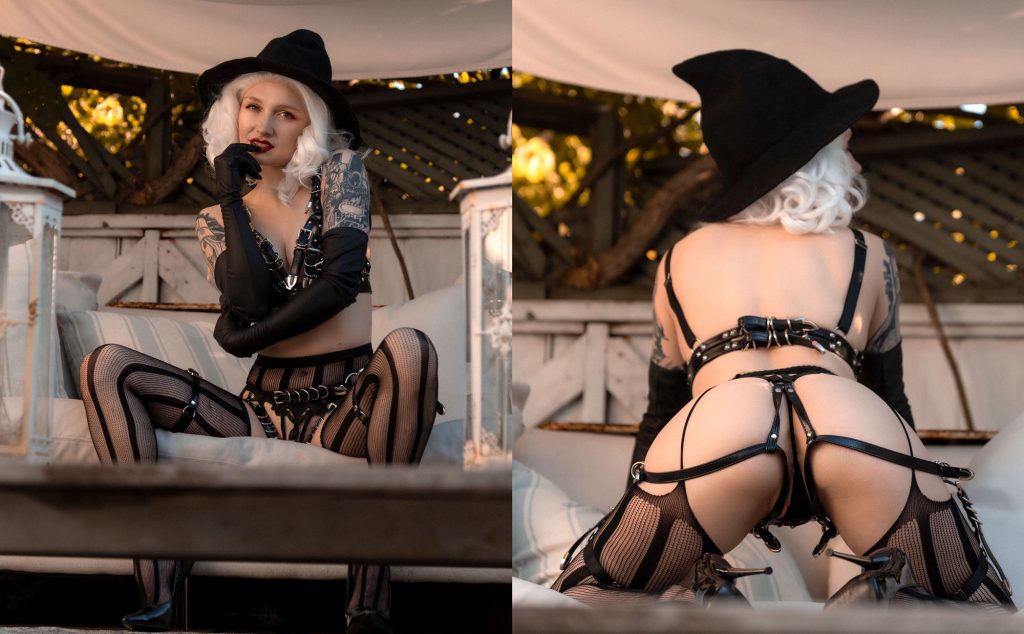 And there will be some more surprise spooky treats closer to Halloween for all of you! 🥰 I have some things planned closer to the day of that I’m sure will be popping up both here and on snapchat … so keep your eyes peeled! 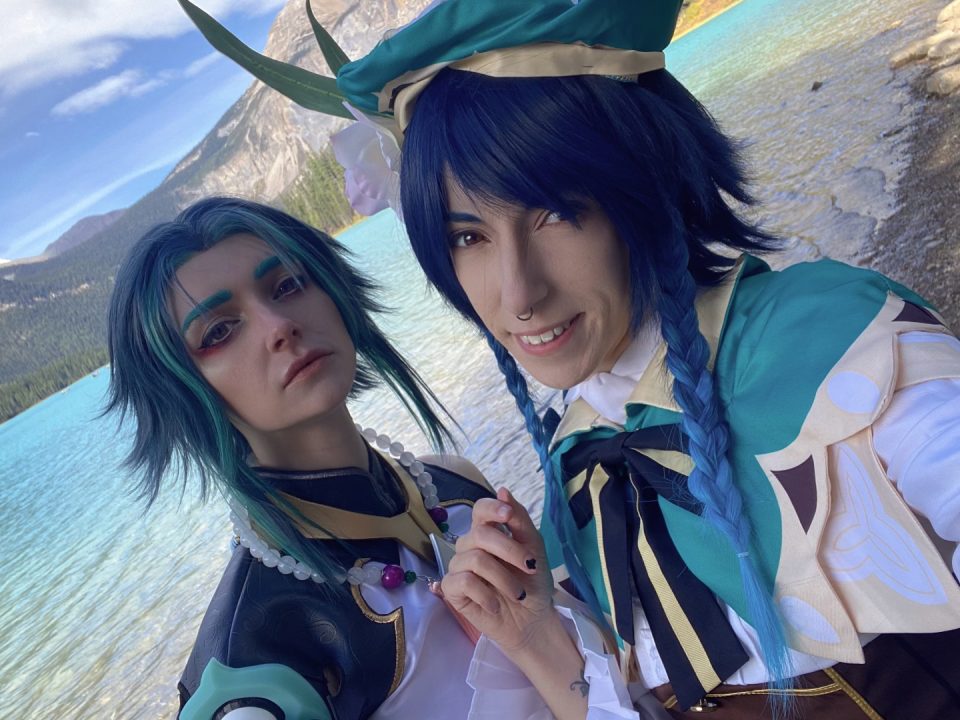 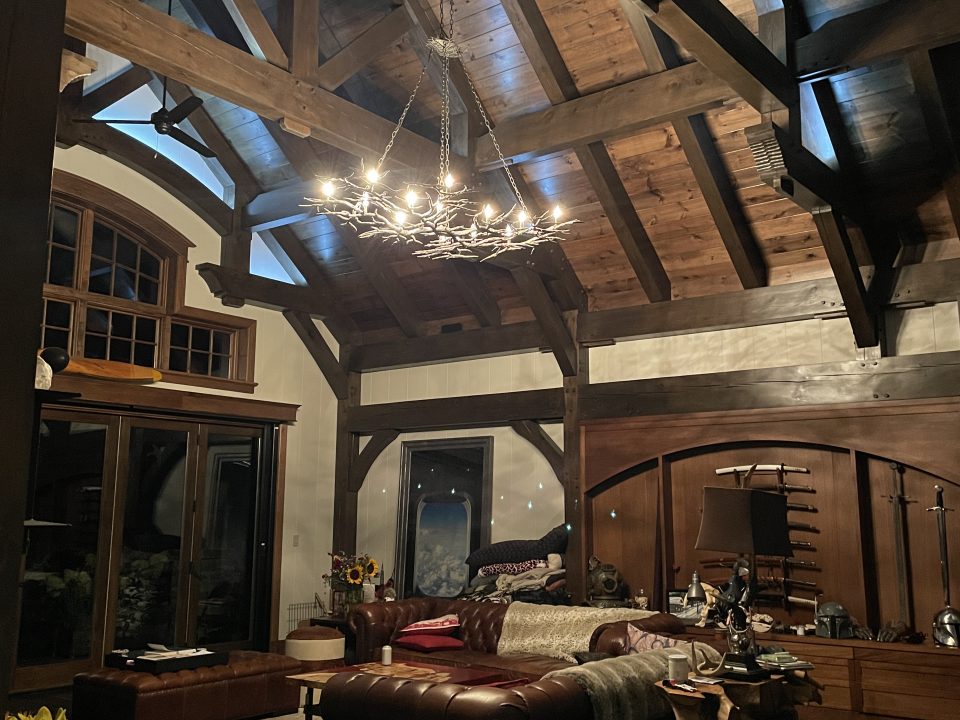 Had a Busy Weekend! 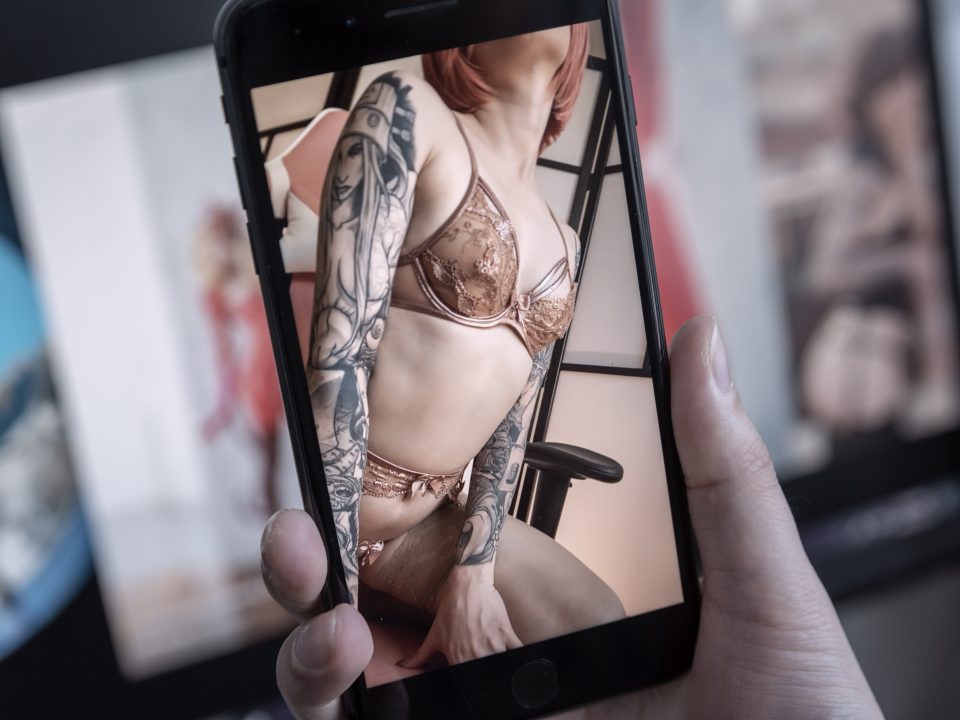