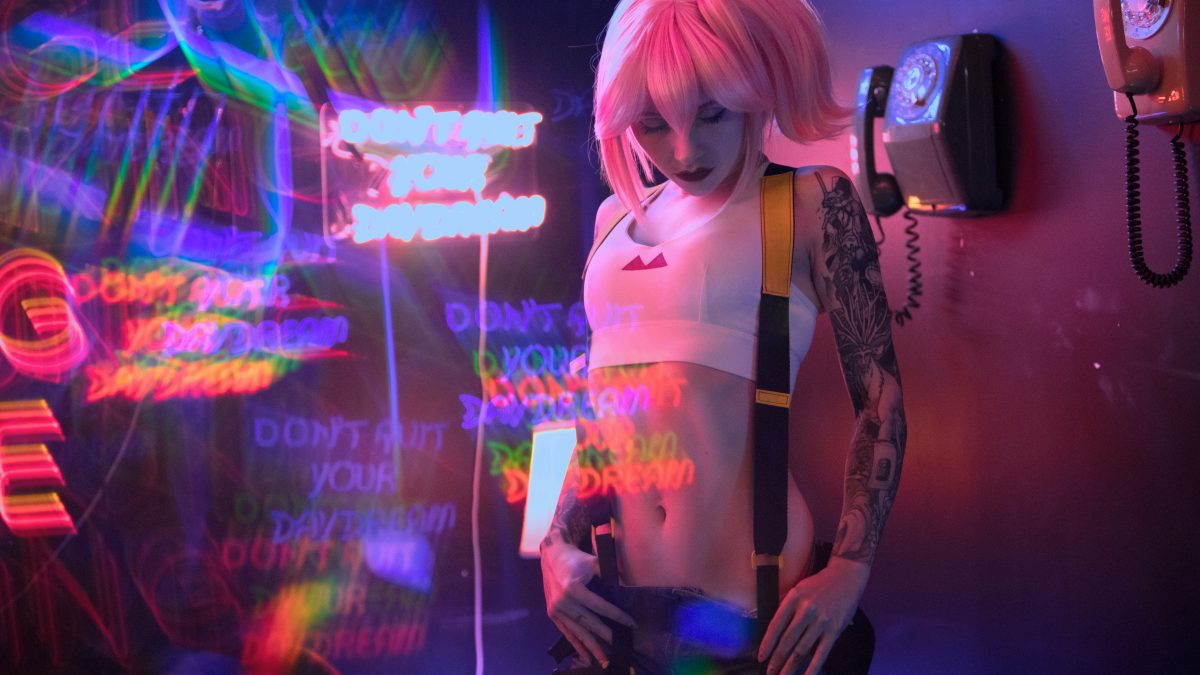 I’m not sure it feels like March again, or still? For those of you keeping track at home (which is where you probably are, given *gestures vaguely at the world*) I’ve officially been in quarantine/varying states of lockdown for an actual, calendar year! Is that … an occasion to order one’s self a cake? Because I might. 😂

Honestly, I wasn’t entirely expecting to still be in quarantine now, uhhhh, four months after the last time I was last in a studio. So you’ll have to bear with me just a little bit. I’ve been setting some stuff up in my apartment, but I’m still waiting on a couple of key things to actually allow me to shoot what I want — but! It’ll get done in the next couple of weeks!

I’m still thrilled to be able to introduce you to another new character, though — 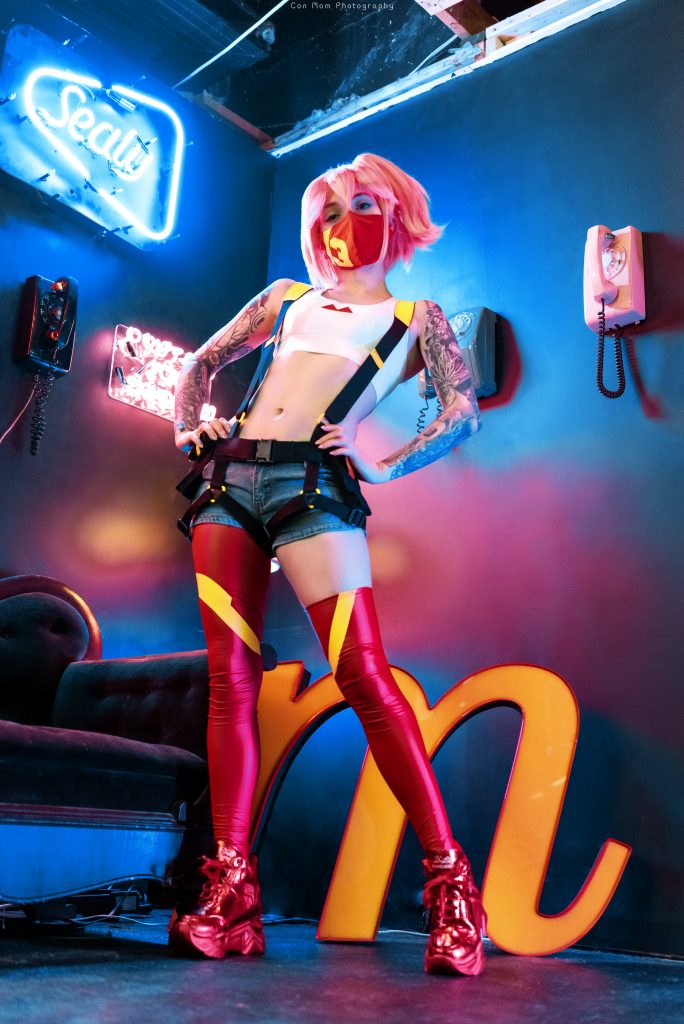 Photo by ConMom Photography; mask is from Bep!

Aina, from Promare! It’s been more than a year since I finished Lio, and I was dying to do more Promare! (I also used Heat Press Vinyl for the first time and that shit slaps!)

I have tonnes of photos of Aina in her canon getup, as well as her, ah, slightly less cannon micro-bikini version, from this set shot last year. (though this is the first time I’m getting to actually release it! 😈) 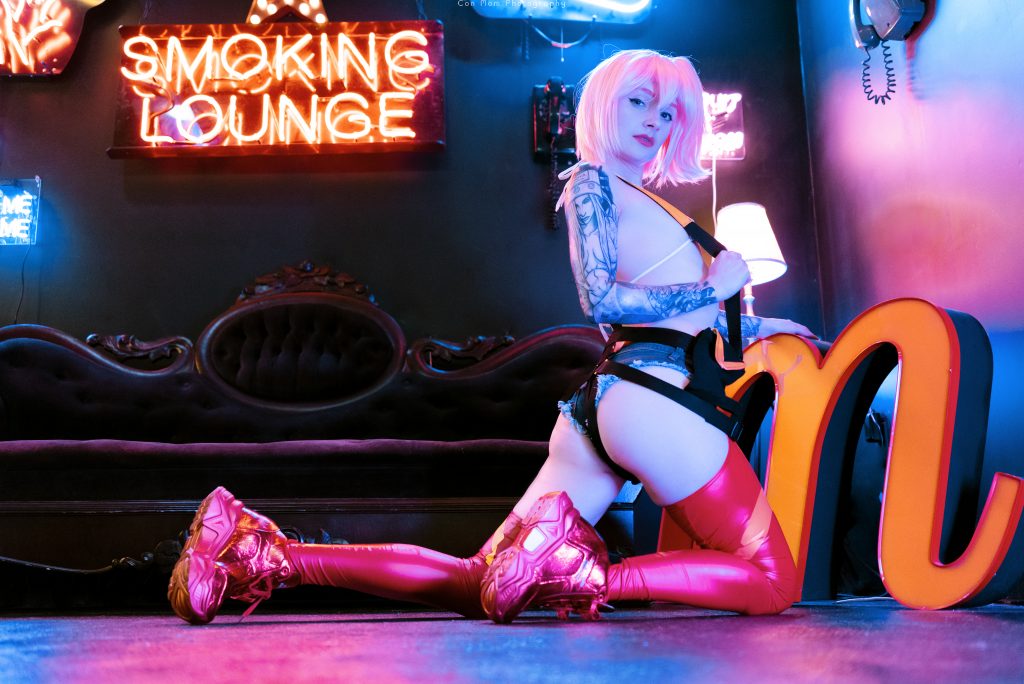 I have one Aina shoot left to do, but her wig needs some fixing up first, so that’ll drop a little later this month! 💕 I’m thinking I’m going to do her in a pink lingerie look — but I have a couple, and I haven’t decided which one yet! Maybe I’ll ask about it on Discord! 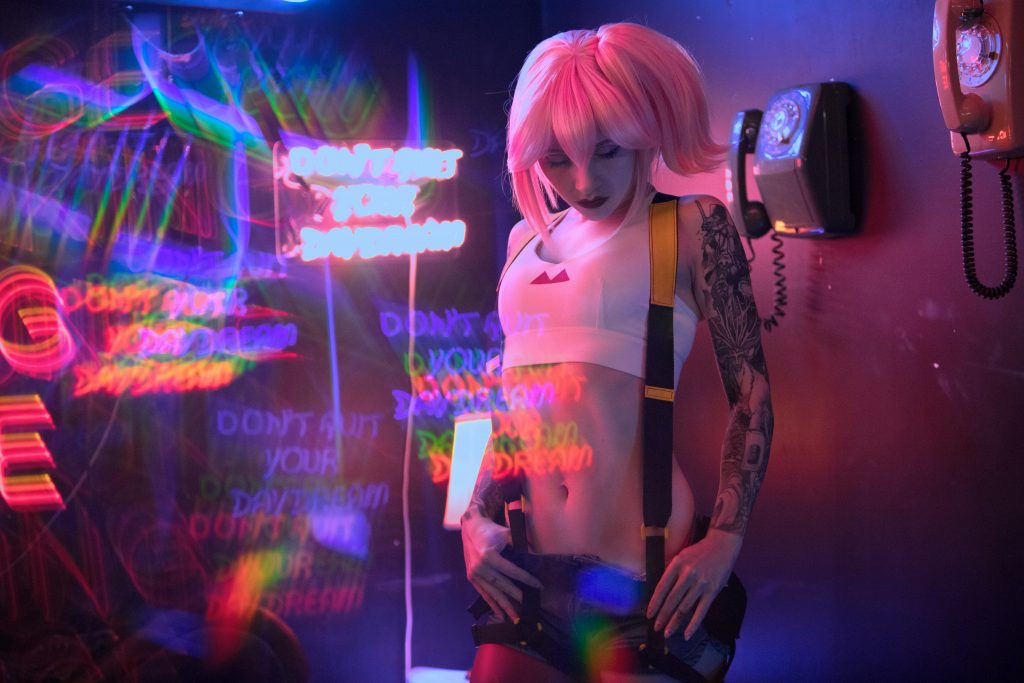 I am going to take the opportunity to really document making big fluffy bangs, though, so keep an eye out! I’ve been really working on getting spikes and fullness in wigs down, and I think I’m finally just about ready to write that up! 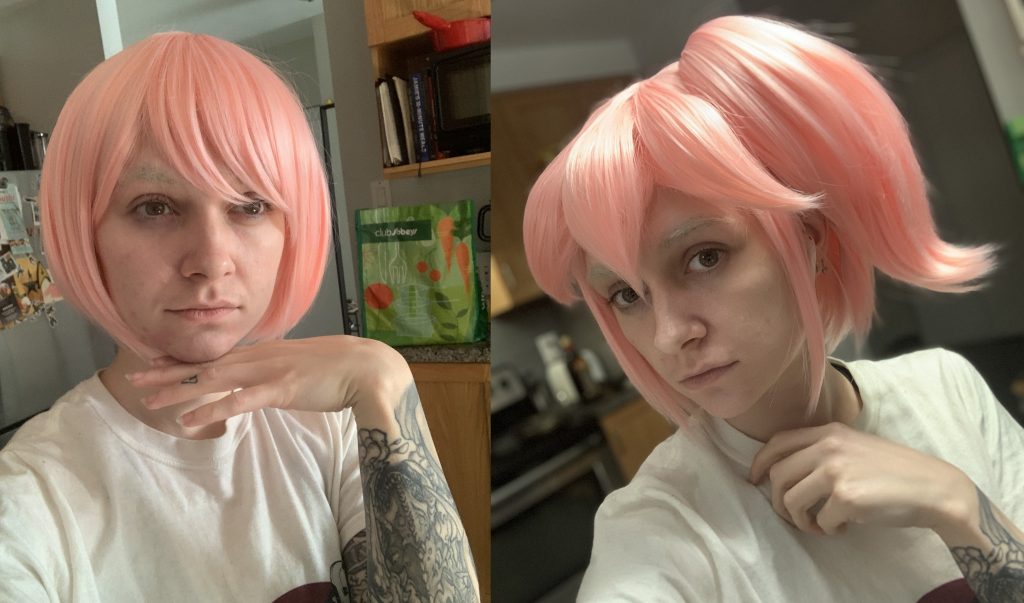 And don’t forget that all $5+ subscribers get access to my whole backlog of write-ups and how-to’s!

Oh, and of course, I would be loathe not to wish you a(n admittedly belated) Happy year of the Ox! As any good Fruits Basket fan, I was really excited when I saw people doing cute cow looks for Year of the Ox, and I wanted to do it myself! You probably already saw the couple selfies I posted — I’ll have more of those, but I also have a full, more than 100-image mega-set that I shot recently! 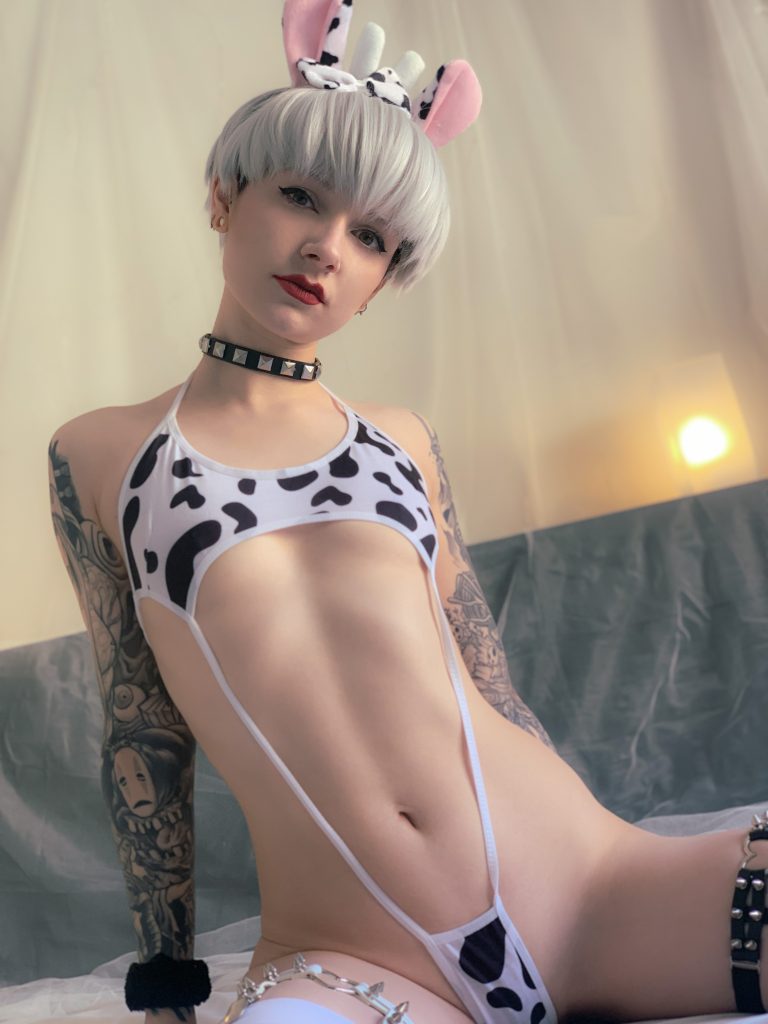 That might also be a new wig for something really special that, fingers crossed, I will have all done for next month! 🤫 (I’m literally making plans to shoot outside during the winter in Canada, please keep hot soup and maybe a nice soaker tub full of hot water and a bath bomb handy, if it comes to that. 😂) 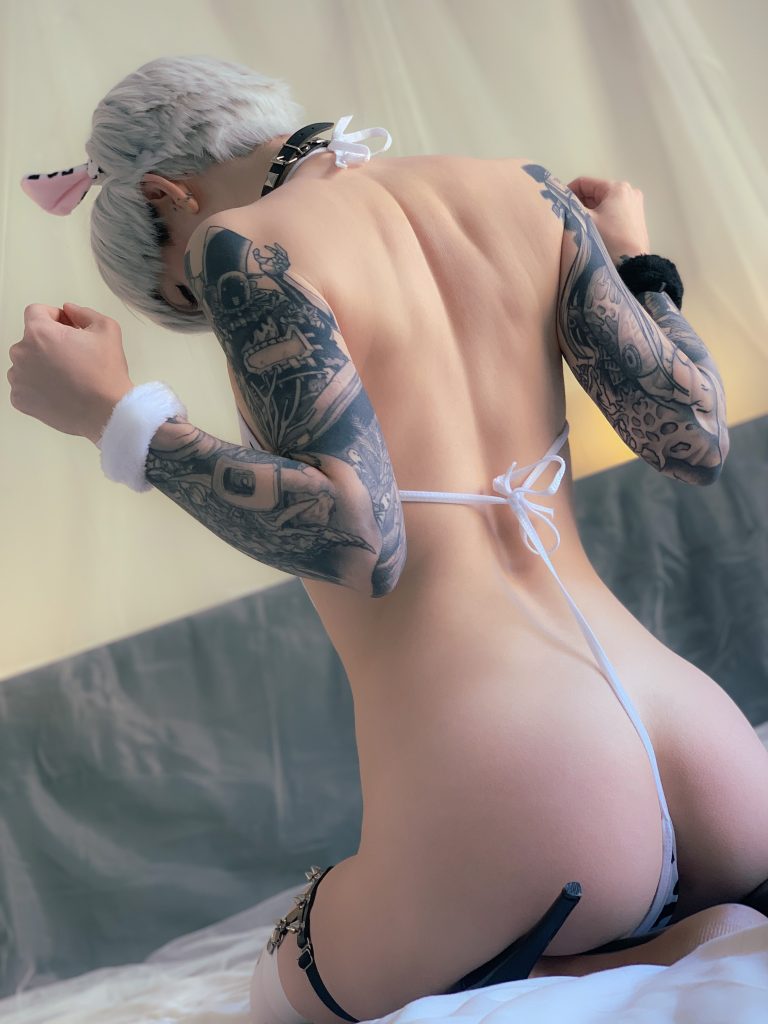 And a back photo because dammit I’m really happy with how the back of this wig came out. 💕

Also just a fun reminder that I’m on Snapchat a couple times a week, generally, which is available on the higher tiers for subscribers~ Been taking lots of fun snaps with my new studio mirror recently whenever I get to try things on! 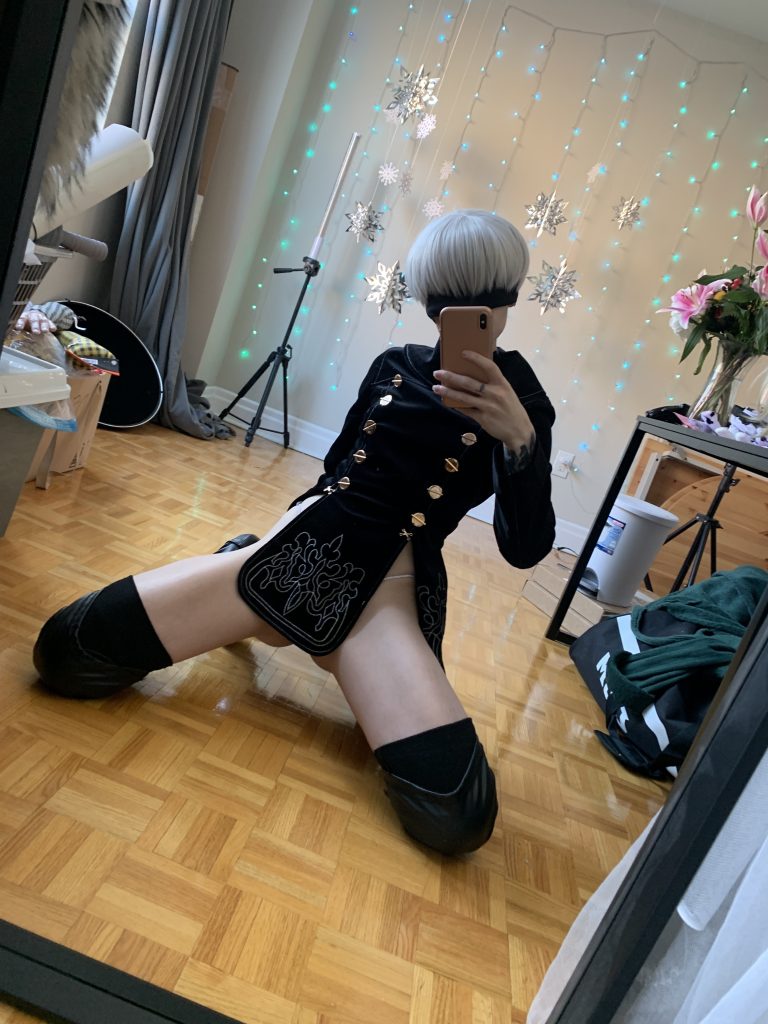 Photo completely unrelated to anything I was saying about upcoming Cosplays … 🤡

If you want in on that (and you are of the appropriate tier, check your tier rewards), make sure you comment, send me a message, use the Contact Form, email me — literally anything, so that I can get your info and add you! (I never add random people who add me, and I’m bad at keeping track of who’s current without my handy spreadsheet, so if you’re not on it, you’re not getting snapped!)

Oh, and one last thing —

Since I’m posting this on a Monday, that means it’s Tuesday tomorrow, and that means Dangrrr and I will be streaming again! We stream every Tuesday on Twitch at 7EST, for a couple of hours, and we just chat and hang out and play dating sims! Come and hang out if you have some time, we’d love to have you! 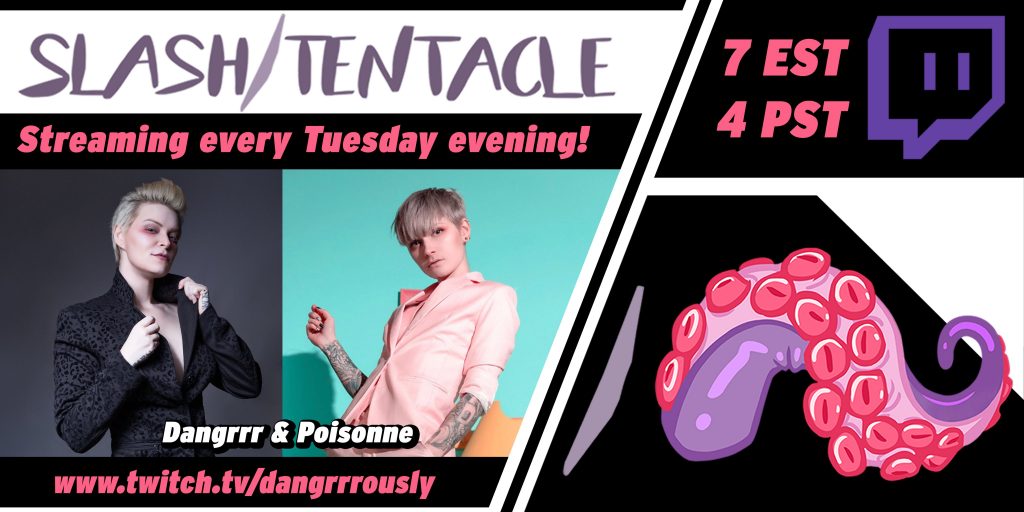 Stay safe out there, everyone! And get vaccinated whenever you can! (For me, please, because I likely won’t be getting vaccinated until the fall. 🥲) 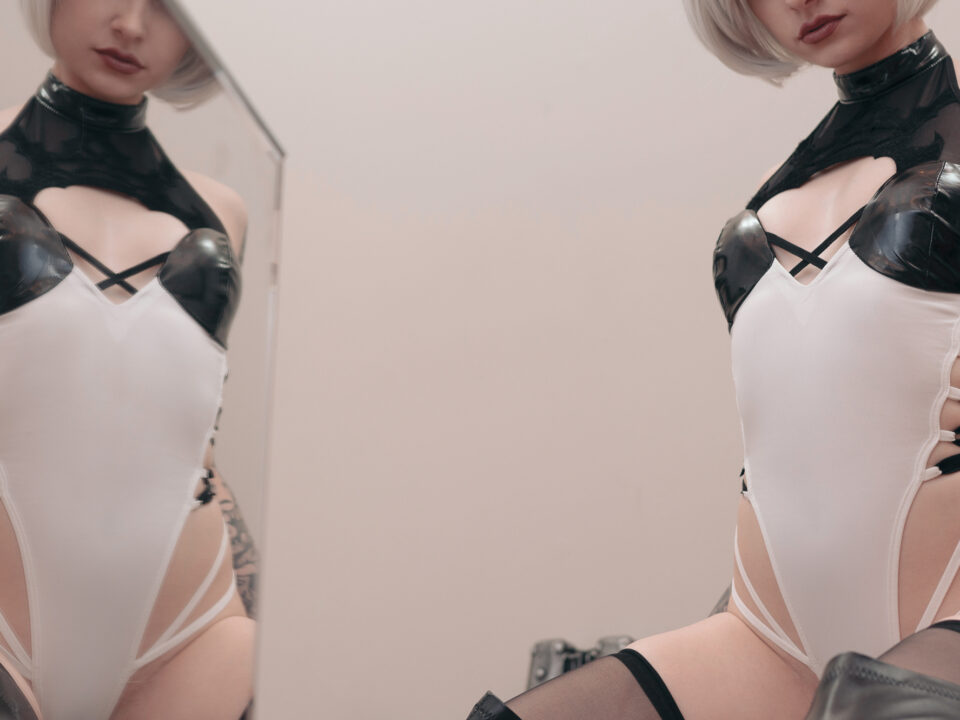